BELGRADE -- The new spring programming schedule which has been meticulously prepared in the previous period, will bring numerous innovations when it comes to O2 television.

BELGRADE -- The new spring programming schedule which has been meticulously prepared in the previous period, will bring numerous innovations when it comes to O2 television. 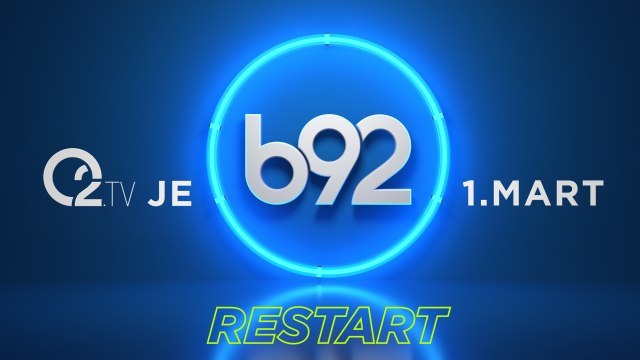 One of the first changes that viewers will notice is its visual identity. Namely, by the decision of management, since March 1, O2 television becomes B92 again, and on that occasion, the television creative team has designed a new, modern graphic design and television logo that will follow a refreshed programming concept - contemporary and diverse, for everyone's taste and for every age.

Rich sports, serials and film content will form the backbone of B92 television, where we will watch the most attractive matches of domestic and world sports as well as the latest, biggest Hollywood movie titles.

Fans of a good movie program will find a fantastic cinema repertoire. Hits like "The Hobbit," "La La Land," "Hunger Games," "John Wick," "Spectrum" are just part of the ambitious home plan when it comes to this program segment. The famous classics like "Star Wars", the James Bond movie series will also be aired, while episodes of the beloved "Sponge Bob" and the popular "Penguins" await the youngest audience.

We are sure that the audience will be pleased with the return of the authentic name, but with a new image and that they will enjoy real program refreshment whose contents will keep pace with the world TV stations.