Tehran -- Iranian President Hassan Rouhani, in a TV address, said that shooting down of the Ukrainian plane was an "unforgivable mistake"

Tehran -- Iranian President Hassan Rouhani, in a TV address, said that shooting down of the Ukrainian plane was an "unforgivable mistake" 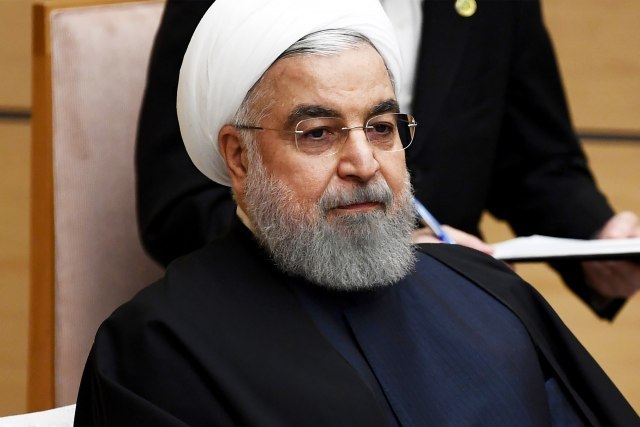 Rouhani also said it was a "tragic event" which, he noted, would be examined in detail. "Iran will punish all those responsible for accidentally knocking down a Ukrainian passenger plane, having confused it with a hostile cruise missile", Rouhani said.

Meanwhile, Iran's judiciary spokesman Gholam Hossein said that "some persons" were arrested for their role in bringing down the plane, without specifying details.

Rouhani called the plane crash "an unforgivable mistake", saying that more than one person could be held responsible for the accident, Reuters reports.

"Recognizing the mistake of the Iranian armed forces is a good first step. We need to reassure people that it will not happen again", Rouhani said.

He added that his government has a responsibility towards the Iranians and members of other nations, whose citizens were killed in the plane crash.

The aircraft of the Boeing 737 of the Ukrainian company International Airlines was shot down shortly after its departure from Tehran airport, killing all 176 passengers, including aircraft crew members.

Iranian officials have expressed regret for the accident, and government spokesman Ali Rabiei announced on Monday that President Hassan Rouhani will follow up on a number of issues related to the crash, which resulted in the death of all 176 people on board, including citizens of Iran, Canada, Ukraine, Afghanistan, Germany, Sweden and the United Kingdom.