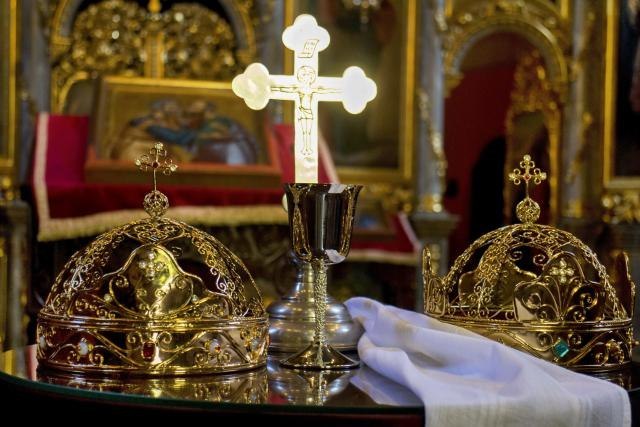 The structure was to be torn down today, but this has been prevented by priests and the people who gathered at the site.

According to Montenegro's state TV, the police retreated when priests from the Monastery of Miholjska Prevlaka called on them to do so. The Monastery said on Facebook that the island where the baptistery is located was surrounded by land and by sea.

The police began to arrive in large numbers to the island in the early morning hours, encircling the baptistery whose demolition was announced to begin at 09:00 hours. During the night, its bells were ringing, inviting believers to resist with prayer, while an all-night wake was also served.

At 09:00 hours, the morning liturgy service started at the shrine. According to the Montenegrin media, it was attended by an unprecedented number of believers, among them member of the Montenegrin Assembly from the opposition Democratic Front Milun Zogovic, leader of the Prava Crna Gora party Marko Milacic, Herceg Novi's Deputy Mayor Milos Konjevic, President of the Municipal Assembly of Kotor Dragica Perovic, and councilors from Tivat, Kotor, Herceg-Novi and Budva municipalities.

The demolition was announced by the Inspectorate of the Ministry of Sustainable Development and Tourism, and signed by urban construction inspector Dragan Zejak.

The baptistery represents a restoration of an ancient shrine built at the site more than 11 centuries ago.