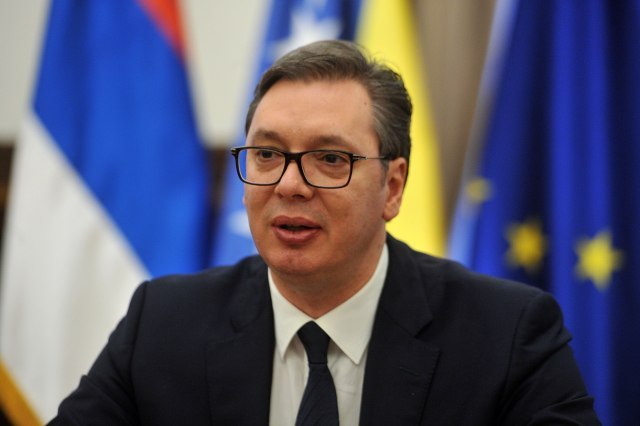 Vucic thanked Trump for the US help on Serbia's EU membership road, and "especially to our efforts to maintain peace and stability in the Western Balkans."

"In your kind letter dated December 14 you have once again stressed the readiness of the US to help in the Belgrade-Pristina dialogue in order to find a solution to this centuries old problem. No one cares more about a solution than my country does because the Kosovo and Metohija problem is a heavy burden, in particular for Serbia and the Serbian nation. We are committed to dialogue and we approach it bravely and realistically, thinking about the future of all of us in the Western Balkans. We have also fulfilled all our obligations from the Brussels agreement," Vucic wrote.

"However Serbia cannot solve this difficult problem on its own. Despite our willingness and our faith, the taxes Pristina has imposed on Serbian goods are a burden and an insurmountable obstacle to continuation of dialogue. They are not only damaging to the Serbian economy but are also a threat to the life of Kosovo and Metohija Serbs, whose rights we must protect and defend. Belgrade is prepared to continue the dialogue as soon as Pristina abolished the unreasonable and detrimental measure," the president said.

"With this letter I wish to once again emphasize my strong determination to enrich the relations of our two countries with joint forces. I am proud that my country in the two world wars fought on the side of law and justice and that we were allies. Last year we marked the century since the Serbian flag was raised over the White House, in honor of the courage of Serbia and the sacrifices it made in the First World War. Recalling our historic alliances through this bright example of a common past, I would like to once again invite you to visit Serbia as the first American president to do so, after, for almost 40 years," Vucic said.

He ended his letter with cordial greetings, a desire for further progress of the US and its citizens, and expressions of his "deep appreciation."