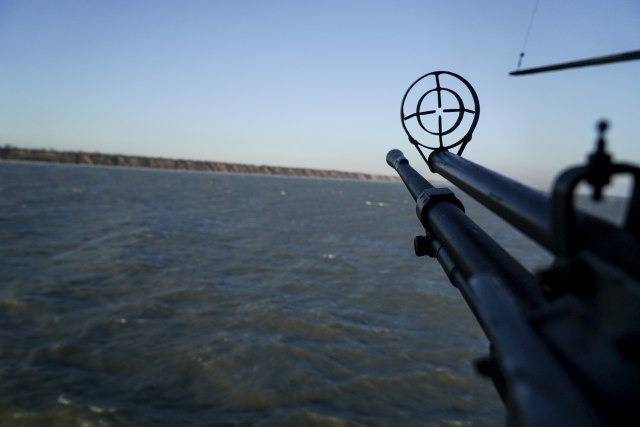 "The Ukrainian military has been granted exclusive powers, including the extrajudicial use of force, which poses a serious danger, as the civil conflict may engulf the entire country," she said, commenting on the declaration of martial law in ten of Ukraine's regions, Tanjug reported citing TASS.

According to Zakharova, the law, said to be aimed at deterring "Russia's aggression," stipulates restrictions on basic human rights and freedoms, including freedoms of speech, assembly and movement.

"The Kiev authorities can now seize anything they want from the country’s people, from private property to identification documents," Zakharova pointed out.

"While desperately trying to stay in power, he is pulling the country into another scheme, followed by disastrous consequences for Ukraine, as well as for European security," said the spokesperson.

On November 26, Ukraine's parliament backed Poroshenko's decree declaring a 30-say martial law in ten regions, identified as "most susceptible to a possible Russian attack" - and this took place after Sunday's incident in the Kerch Strait, when Russian services confiscated three Ukrainian ships and arrested their crews, accusing them of violating Russia's borders.

On Friday, Poroshenko took to Twitter to announce that Ukraine would limit entry into the country to men from Russia aged 16 to 60.

On Thursday, US President Donald Trump canceled his planned meeting with Russian leader Vladimir Putin because of this crisis. The meeting was to be held on Saturday in Argentina, as part of the G20 summit.