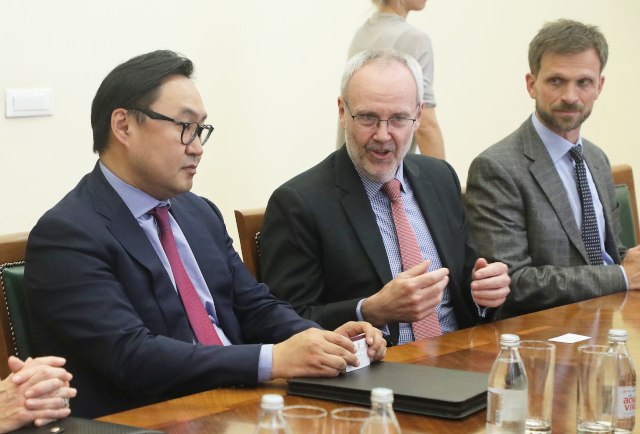 The prime minister and representatives of Rio Tinto agreed that the Jadar project is extremely important both for the company and for our country, because it is expected that the site in the vicinity of Loznica will enable the use of jadarite in the production of lithium and borate.

The Jadar project can significantly influence the development of Loznica and the whole region, due to which the Government has made an inter-ministerial working group working with the investor on all aspects of development of this project to ensure that the local economy has the maximum benefit from this important investment, she explained.

Also, as she emphasised, it is especially important that domestic experts are also engaged on the project, besides the international ones.

The representatives of Rio Tinto pointed out that they see Serbia as an attractive investment destination, and expressed their gratitude for the support of the Government of Serbia and local government so far.

The government and Rio Tinto signed a Memorandum of Understanding in July 2017, after which a joint working group was formed to deal with the implementation of the Jadar project.

Brnabic also met with representatives of this company during her visit to London in April this year, when she spoke about the dynamic of realisation of the Jadar project.

Rio Tinto has so far invested over USD 100 million in the project “Jadar”, and the start of production is expected to take place in 2023/2024.

Rio Tinto has been doing business in Serbia since 2001 under locally-registered subsidiary "Rio Sava Exploration" d.o.o., which works on the development of the project Jadar.

Lithium has a wide range of use in the manufacturing of various products, among which are batteries for hybrid and electric vehicles.