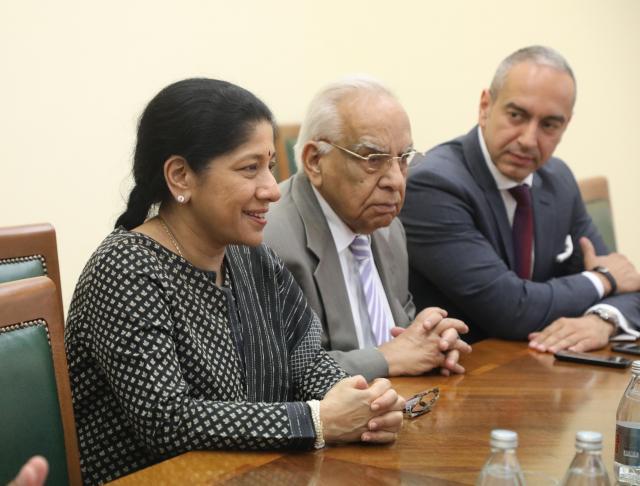 Srinivasan presented to Brnabic plans and preparations for the production of advanced models of tractors with the Euro 3 engine, pointing out that the first such model was already presented at last week's Agricultural Fair in Novi Sad.

She emphasized that the company will primarily focus on the production of machinery intended for small farms, which make up the majority of our production.

According to Srinivasan, she is interested in cooperation with the government of Serbia in order to facilitate the purchase of mechanization in such farms.

Brnabic said that the Serbian government has already prepared credit support for farmers for the purchase of tractors, and that the Guarantee Fund for fruit and vegetable producers is also planned for procurement of machinery.

Srinivasan pointed out that the company also plans multi-million dollar investments in production facilities in Serbia.

According to Srinivasan, the company's goal is to produce 5,000 tractors per year in Serbia in the next five years, and after the fulfillment of all necessary conditions, it would also enter the market of the Russian Federation.

Brnabic said that the Government of Serbia will provide all the necessary assistance and support to the company's management in order to make plans for the next period easier.

In April this year, TAFE bought IMT trademark for about RSD 66 million, a plant in Jarkovac near Secanj and technological drawings.

Srinivasan, who took the 63rd place among the 100 richest people in India on Forbes' list 2017, has visited Serbia several times.

The meeting was also attended by the Minister of Agriculture, Forestry and Water Management Branislav Nedimovic.