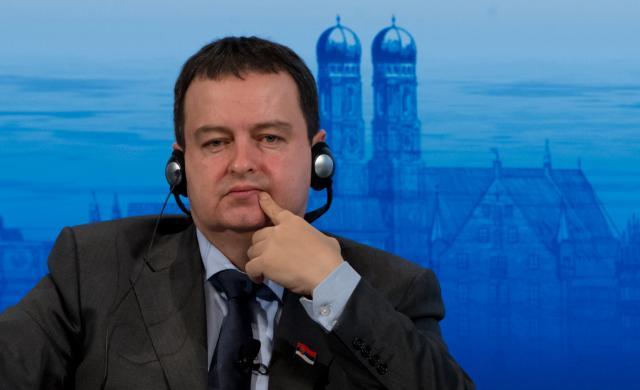 The broadcaster recalled that Dacic "never publicly hides" that he leans toward Moscow, but is also "publicly saying" that Serbia's goal is the EU (membership). Recently, the RFE said on its website, Dacic started to "clearly advocate" in favor of granting diplomatic status to (Russian) employees at the Russian-Serbian Humanitarian Center.

Slavica Djukic-Dejanovic, who comes from Dacic's SPS party and is the Serbian minister in charge of population policy, is quoted as asserting that in the government's foreign policy, conducted by Dacic, there are "no privileged partners."

"Ivica Dacic is the embodiment of a state official who conducts a policy in the interests of Serbia, and respects the traditional need of our citizens to deepen all the ties that we have, including the economic ones, with Russia's citizens. The emotional component has never even been contentious," Dejanovic believes.

Foreign policy commentator Bosko Jaksic explains that there is belief among the members of the public about the alleged existence of "Russian and American ministers" in the government of Serbia - "based on their statements, based on which the impression is created that Dacic is a pro-Russian man, while Zorana Mihajlovic takes the side of the West."

He also believes that, since it intensified its activities in the Balkans, Moscow "asked those people it can rely on to strengthen their activities."

"Then the decorations are some sort of reward," Jaksic said, and added that while the US was not giving decorations to the so-called "American people" in Serbia's government - this did not mean that there was "no (US) influence."

On the other hand, Slavica Djukic-Dejanovic says that all cabinet ministers are "pro-Serb," rather than being "pro-Russian or pro-American."

Russian media reported earlier this week that Dacic was among several foreign nationals who will receive the Medal of Pushkin, a Russian state decoration.