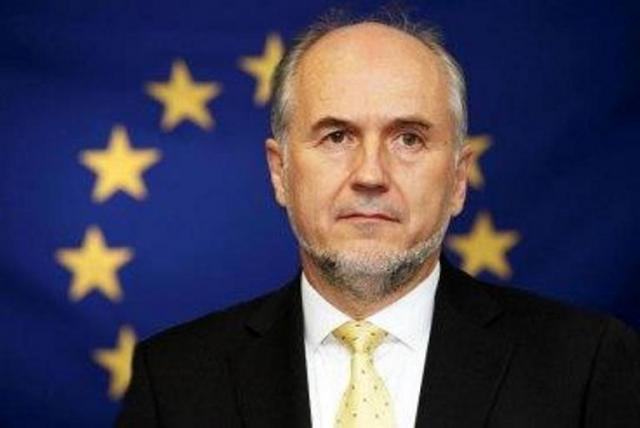 Inzko then remarked that while he does have the powers at his disposal to sack the president of the Serb entity (RS), Milorad Dodik - the days when high representatives acted in this way are "gone."

He recalled that his predecessors used their powers 800 times, and so far dismissed 180 politicians.

"But those days are gone. Today we want domestic solutions and accountability," said Inzko.

According to him, the Dayton (peace agreement) constitution can be changed with the agreement of the three constituent peoples in Bosnia-Herzegovina - i.e., Bosniaks (Muslims), Serbs, and Croats.

"Above all this should strengthen the functionality of the state. But that does not mean centralization, which some fear," he said.

Bosnian Croats are a constituent people, Inzko said, and added:

"When you have three brothers, and one is the youngest, he should be given special attention. At the same time, the Croats must stand out with their quality, which is already what they by and large do. We must, however, ask whether the Croats in Bosnia-Herzegovina are members of the diaspora, because some behave in that way - or a constitutive people. If the latter is true, they are not the diaspora. To me they are definitely a constitutive people," said Inzko.

The high representative also "stressed that is not yet time to abolish the OHR (Office of the High Representative)" and that this can happen, "but only after the program '5 + 2' - five goals and two conditions - has been fulfilled."

"One has been fulfilled, and that the Stabilization and Association Agreement. The second is more demanding, because it implies a positive assessment of the political situation in Bosnia-Herzegovina and full implementation of the Dayton Agreement. You can judge for yourselves to what extent this condition has been met," said Inzko.