The results of the drug test that Finnish Prime Minister Sanna Marin (36) underwent were published after the footage from her private party with friends. 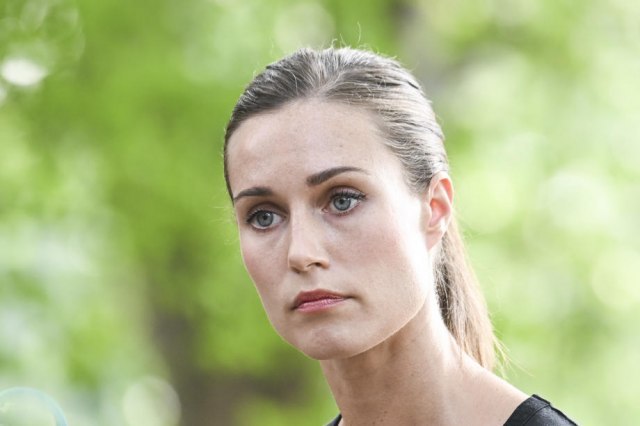 Finland's prime minister tested negative for drugs, her office said, after Sana Marin announced on Friday that she would be tested "for her own legal protection" after footage of a "wild" party surfaced on social media. Више о овом изворном тексту За додатне информације о превођењу треба вам изворни текст

Speaking at a press conference in Helsinki, she defended her actions and insisted she had never used illegal drugs.

The prime minister repeated her denials that she has ever taken drugs.

"I did nothing illegal," she told reporters in Helsinki.

"Even in my teenage years I have not used any kind of drugs," Ms Marin said, adding that she took the drug test as an added measure to allay any concerns.

"I trust that people understand that leisure time and work time can be separated," she added.

Finland’s Prime Minister @MarinSanna is in the headlines after a video of her partying was leaked today.

She has previously been criticized for attending too many music festivals & spending too much on partying instead of ruling.

The critics say it’s not fitting for a PM. pic.twitter.com/FbOhdTeEGw

Just to recall, last week several videos were released to the public showing the Finnish Prime Minister having "wild" fun.

From partying in a club with men, to videos of her dancing with her friends. "I'm disappointed that the footage became public. I spent the evening with my friends. It was fun, quite wild, yes. I was dancing and singing," Sanna Marin told Finnish public service last week, adding:

"I didn't use drugs or anything other than alcohol. I danced, sang and had fun and did perfectly legal things," she said, and tests confirmed it today.

Seiska writes that Marin, who is married and has been in that relationship for 18 years, was seen in many questionable situations.