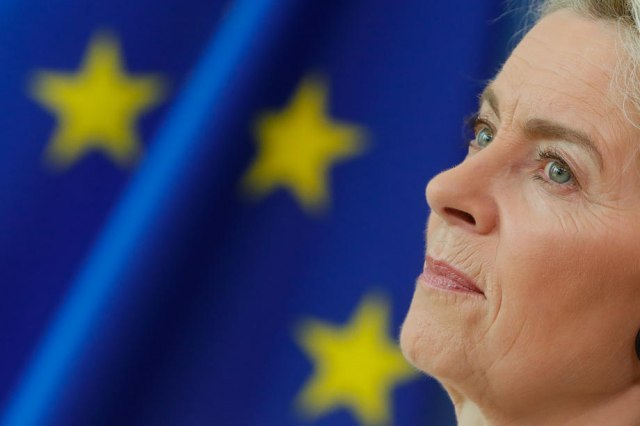 The European Commission, as reported by the "Times", will be asked to "mitigate" the situation after Lithuania blocked the transit of goods to the Russian enclave under EU sanctions after the suggestion from Brussels.

That is why Russia has threatened "seriously negative" consequences of sanctions aimed at transporting construction materials and some other resources, which Moscow described as "hostile action" by Lithuania and "blockade" of Kaliningrad.

The EU has so far remained committed to the issue, but senior diplomatic sources say Italy and some other European governments have asked EC President Ursula von der Leyen to "put out the fuse". "It is not about withdrawing, but about avoiding escalation. The EU is not trying to block Kaliningrad," the source said, as reported by Jutarnji list.

"We are in close contact with the Lithuanian authorities and will provide additional guidance on how to proceed," said one Commission official, stressing that customs checks on trains crossing Lithuania on their road to Kaliningrad would be "proportionate and effective". These new guidelines imply maintaining measures to check trains or trucks transporting goods in order to enforce sanctions, but now - in a significant change - they allow the movement of metal or construction materials if the goods are for Russia's domestic market, Kaliningrad is part of.

Lithuanian Prime Minister Ingrida Šimonytė has accused Moscow of propaganda lies over allegations of a railway blockade of Kaliningrad. "Lithuania adheres to the sanctions that the EU imposed on Russia due to the aggression and the war against Ukraine," she said.

Kaliningrad was not chosen by chance

One diplomat said that Lithuania, which is in the group of "hawks" for sanctions against Russia, together with Poland, deliberately "intensified" the checks, in order to put pressure on Moscow and force NATO to focus on defending its eastern wing before the summit of the alliance to be held next week.

By the way, Kliningrad is a Russian territory with about a million inhabitants located on the Baltic Sea, sandwiched between Lithuania and Poland. The city is the seat of Russia's Baltic Fleet, and the Suwałki Gap - a 100-kilometer corridor connecting Kaliningrad and Belarus, Russia's closest ally - is considered a potential focal point for new conflicts between the West and Russia.

"We need a much larger presence in the region," Šimonytė said, who will put strong pressure on Alliance leaders at the NATO summit next week, in order to increase the permanent presence of allied troops in the area.