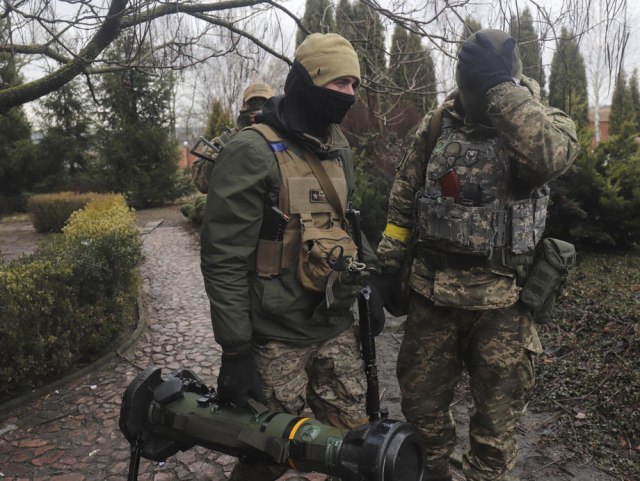 However, Washington is particularly keen that what the secret services are doing remains a secret, Deutsche Welle writes.

Russia's war against Ukraine is also a spy's war. Western countries are not only sending weapons and supplies, but also gold-worthy intelligence. First of all, the United States and Great Britain supply Kyiv with satellite images, intercepted Russian messages and help in reconnaissance.

Experts from the British GCHK wiretapping service have been helping Ukraine defend itself against Russian cyber attacks for months.

The Ukrainian State Prosecutor's Office recently announced that it is investigating more than 11.000 cases of alleged war crimes. The International Criminal Court has sent 42 investigators to Ukraine.

However, the public knows little about what intelligence assistance looks like. But there is talk of great success on the American intelligence sidelines, comparable to the Cuban Missile Crisis and the discovery of Osama bin Laden in Pakistan.

"We regularly provide detailed and timely intelligence to Ukrainians on the battlefield to help them defend the country from Russian aggression; and we will continue to do so", the White House said in a brief statement at the end of April.

It is believed that Western intelligence have repeatedly given the Ukrainian army a decisive advantage - and inflicted significant losses on the Russian army. At least that's what several U.S. media outlets recently reported.

According to a study by the New York Times, it was American intelligence that helped the Ukrainian army kill twelve Russian generals so far. The Washington Post reported that the U.S. intelligence provided the Ukrainians with the coordinates of the Russian warship Moscow, which was sunk in a missile attack.

The fact that Russian paratroopers failed to carry out a sudden attack on Gostomel airport near Kyiv in the first days of the war, is a consequence, as it is stated, of a secret CIA warning to Ukrainians.

The U.S. government is not thrilled that such information is leaking to the media, so it is trying to limit the damage. A Pentagon spokesman admitted that the Americans were submitting data, but denied that these were the exact locations of high-ranking Russian officers or Russian targets.

"To be honest, Ukrainians have a lot more information than us," the spokesman said.

CIA chief William Barnes was quite angry about the media report. "It is irresponsible. It's dangerous when people talk too much about intelligence, whether in private or in public. "

There is a practical reason why, unlike the delivery of weapons, there is no talk of cooperation between the secret services: the services do not want to lose their resources, which may be in the Russian army or even the Kremlin itself. Also, they do not want the Russians to understand where it is leaking and where it is eavesdropping.

Politically, the matter is also inconvenient. The more talk about concrete U.S. intelligence, the stronger the impression that the United States is almost a party to the war. Washington wants to avoid that at all costs, although it is obvious that American weapons and training have helped the Ukrainians a lot. In the 1980s, the United States similarly, more or less covertly, helped suppress Moscow's troops in Afghanistan.

At that time, the Soviet Union invaded a neighboring country to establish a puppet communist government. The United States and other countries have backed Afghan mujahedeen with weapons. The Soviet Union became involved in a guerrilla war that lasted ten years and ended with the withdrawal of the Red Army in 1989.

The BND is silent for now

The German BND intelligence service was also involved in Afghanistan at the time. In the middle of the eighties, a secret operation "Summer Rain" was launched on the initiative of some members of the Bundestag.

For years, the BND has been delivering aid to mujahideen, including jackets, boots, tents, sleeping bags, flashlights, night-vision devices, motorcycles, and even field hospitals. In return, the Afghan fighters gave the Germans the latest Soviet weapons they could get their hands on, so that NATO could get information about them. Currently, official Berlin is silent about intelligence activities in Ukraine.

A few weeks ago, at secret meetings in parliament, it was hinted that no BND agent is currently directly active in the war zone, but that there is an "active exchange" with Ukrainians and other services in the region. They say that even today there is a great interest in examining Russian weapons in more detail.