American lawyer of Serbian origin, Robert Ković, received the support of Richard Grenell to be the Republican candidate for congressman from New Jersey. 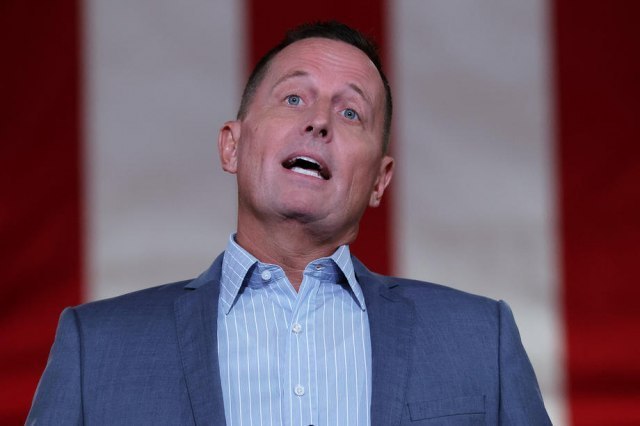 “The Biden Administration and the Democrats are failing us both domestically and internationally. It’s time to put a fighter in Congress and Robert Kovic is the patriot we need”, Grenell said in explaining his decision.

Robert Kovic is a first generation American whose parents legally came to the United States in the late 60’s from Socialist Yugoslavia in search of a better life for their future family.

“He has shown his commitment to the defense of our American values and the promise of America in words and actions while serving our country honorably", Grenell said.

In his resume, Ković points out that his parents worked as ordinary workers, and despite many struggles and difficulties that the family faced, this candidate for congressman finished school.

He is the first in the family to ever attend and graduate from college. He acquired the title of lawyer and master. Ković has been successfully practicing law for 20 years.

Ambassador Richard Grenell, who served as Acting Director of National Intelligence, United States Ambassador to Germany and Special Presidential Envoy for Serbia and Kosovo Peace Negotiations in President Donald Trump’s Administration has announced his endorsement of Robert Kovic for Congress in New Jersey’s 11th Congressional District by saying that “now more than ever we need patriots with a clear America First agenda in Congress. We need representatives dedicated to the Constitution”.

“The Biden Administration and the Democrats are failing us both domestically and internationally. Liberal Democrats have refused to stand up to the radical Left. They have failed us at our borders, in Afghanistan, on energy independence, on the economy and left our country less secure. Their policies are bad for America and bad for New Jersey. It’s time to put a fighter in Congress and Robert Kovic is the patriot we need", Grenell concluded.

Robert Ković, who stated that he was honored to have the support of Ambassador Grenell, was active in the local city administration as a lawyer for several years, and also worked as a municipal advisor.

He is married and has a son.