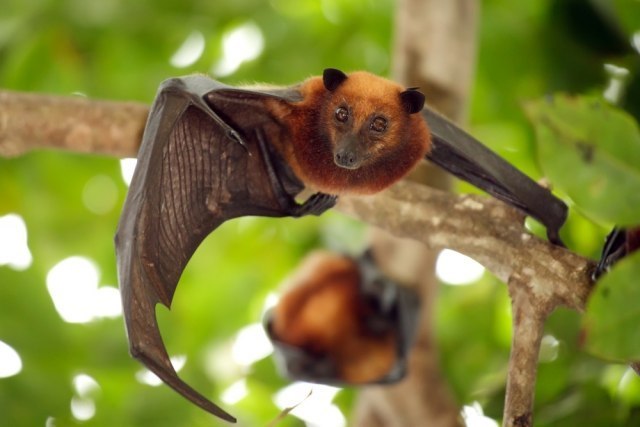 However, the Chinese authorities reject these claims as "pure speculations" and point out that a high level of security is in effect in that laboratory.

However, one documentary, which was already shown on the state television CCTV in 2017, shows how casually certain associates of the Institute behave in working with coronaviruses, writes Deutsche Welle and adds that "Taiwan News" mentioned that film before the arrival of experts from the WHO.

The film shows a group of scientists gathered around Shi Zhengli, known as "Bat Women", in search of the origin of SARS, and although it was clear to them that the bats they examined may carry deadly viruses, some scientists during the research in the cave in Yunnan did not wear protective equipment.

The caught bats were examined with their bare hands, and without protection, their feces were taken with their hands, which is a possible source of infection.

Virologist Chui Jiu even said that the bat bit him through thin rubber gloves and he shows a swollen bite site in the film, while the voice in the background states that bats can transmit numerous viruses, including rabies, so members of the research team were vaccinated against rabies before sampling.

The film inadvertently shows that safety measures are not properly respected, not only during research in the cave but also in the laboratory, where laboratory technicians do not wear real protective clothing or a face mask, writes DW.

As Shi Zhengli, head of the Center for Emerging Infectious Diseases at the Wuhan, stated, "this job is not as dangerous as everyone thinks", because there is a very low probability of direct infection of people.

She then explained that her associates, when they are aware that bats in a certain location carry a virus that could spread to humans, take greater precautions, but that "in most cases, only ordinary protection is applied."

This film, it is said, opens up questions that the WHO team would surely like to find answers to, because such a casual attitude towards security measures is rather shocking.