The 15th day of the war: "International recognition might be the way out" PHOTO

The truce agreed with Russia between Armenia and Azerbaijan came into force on Saturday. Despite it, the conflicts in Nagorno-Karabakh continue on the 15th day. 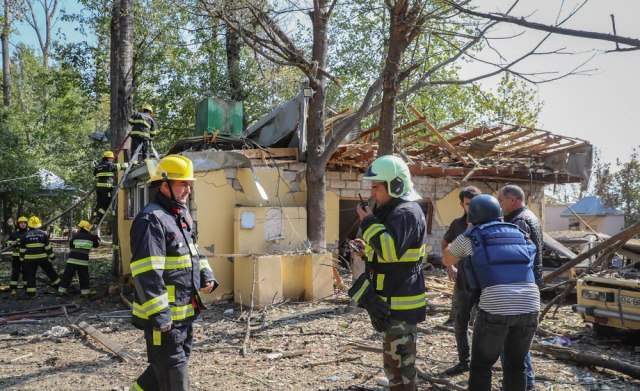 During the night, there were reports of bombing of the capital of Karabakh, Stepankert. Azerbaijan reported on the Armenian attacks this morning.

The international recognition can be a way out of this situation

"The international recognition of the status of Nagorno Karabakh can be a way out of this situation", said in an interview with the German ZDF the Prime Minister of Armenia Nikol Pashinyan.

Combat UAVs are being brought to Azerbaijan from Turkey and Israel under the guise of humanitarian cargo. @arcrunmod

"Combat UAVs are being brought to Azerbaijan from Turkey and Israel under the guise of humanitarian cargo", announced the Secretary of the Ministry of Defense of Armenia, Shushan Stepanyan.

The State Prosecutor's Office of Azerbaijan announced today that the Armenian armed forces carried out a missile attack on the Mingachevir hydro power plant in Azerbaijan.

The city of Ganja was also the target of a missile attack from the territory of Armenia, the Ministry of Defense of Azerbaijan announced on Facebook.

It is the second largest city in Azerbaijan.

In this attack, seven civilians got killed, while 33 were injured. A large number of civilian infrastructure facilities were damaged.