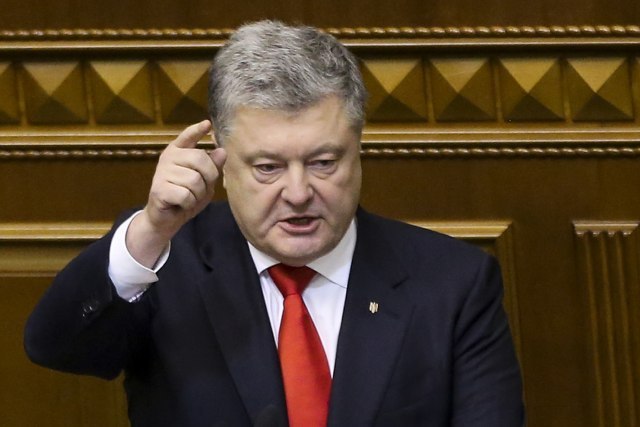 And it should be conveyed by Trump.

That's what Poroshenko himself said in an interview with NBC News, which was published two days after the Kerch incident.

In the meantime, Poroshenko signed an order to enter into force of the martial law. Today he stated that Russia has dramatically increased its military presence on the border with Ukraine. That is why Poroshenko claims that his country is threatened with a "total war" with Moscow.

Russian President Vladimir Putin on Wednesday spoke about the growing tensions between Ukraine and Russia in the Kerch Strait and accused Poroshenko for everything.

Putin said Poroshenko "orchestrated maritime provocations" in the Black Sea during the weekend, in order to increase his popularity ahead of the presidential elections to be held in March next year. Putin called this a "dirty game."

Speaking at an economic forum in Moscow, he said the West is ready to forgive the shortcomings of Ukrainian politicians because they "propagate anti-Russian narratives," Reuters is reporting.

It is noted that this is the first time that Putin addressed the incident that took place three days ago.

Putin said that the incident was provoked by Ukrainian ships, who refused to communicate with the Russian border guards, AP reported.

According to him, Ukrainian ships entered without permission the territorial waters in the south of Russia, an internationally recognized border.

Ukraine claims that its ships were in international waters.