Serbian President Aleksandar Vucic sent a letter of condolence to US President Donald Trump on the occasion of Tuesday's terrorist attack in New York City. 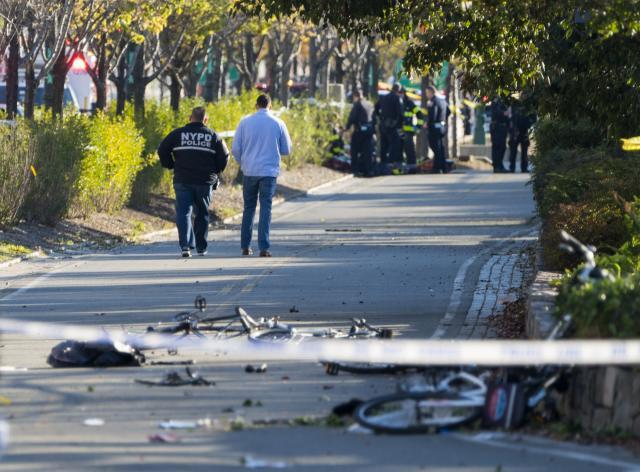 "Terror has again hit the heart of New York, but I am convinced that the strength and spirit of that city will overcome hatred and violence. Ruthless acts like this warn us that we must all be on the same side in defending our civilization values in the fight for a future free from fear of terrorism," said the letter.

Vucic offered his deepest condolences to the US president, Beta reported on Wednesday.

"Please accept the expressions of my deepest condolences on the occasion of the attack in New York, that, as you have said yourself, act of insanity, in which innocent passers-by suffered. Please share the expressions of my sympathies with the families and friends of the victims, and convey my wishes for their quick recovery to those injured," the letter said.

The attacker, who has been identified as Sayfullo Saipov, drove a truck into a bike path in Manhattan, killing and injuring cyclists and pedestrians. The incident happened several blocks from a memorial to the victims of the 9/11 terrorist attack.

Saipov, who in 2010 arrived to the US from Uzbekistan, killed eight people and injured 11 others, and, according to US media reports, shouted "Allahu Akbar" during the attack. He was shot by the police during the arrest and is now in a critical condition in hospital.

First Deputy Prime Minister and Minister of Foreign Affairs Ivica Dacic on Wednesday sent a telegram of condolence to US Secretary of State Rex Tillerson on the occasion of the terrorist attack in New York and the loss of lives, the Serbian government announced.

"I was very saddened and deeply shaken by the news of yesterday's terrorist attack in New York and the number of victims in this unreasonable and inhumane act," Dacic said, and added:

"Allow me, on my personal behalf and on behalf of the Ministry of Foreign Affairs of the Republic of Serbia, to express my deepest sympathy for you and all citizens of America, as well as genuine sympathy with the families of the victims."