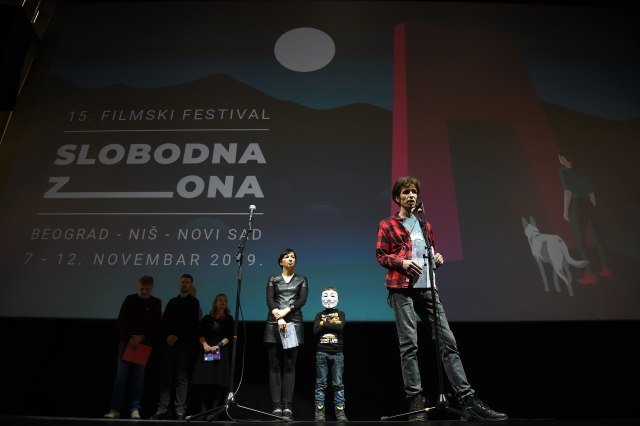 "So, we live in times when we don't have such a hero, that's why we need a movie about Diana Budisavljevic", Festival Director Rajko Petrovic told Tanjug, just before the opening ceremony in Kombank Arena.

He said that "when looking at the content of these films, it seems obvious that somehow this is something what they all have in common, therefore, regardless of the diversity of topics since the rise of the right wing parties, through the crisis of democracy and EU institutions, the issue of migrants, the issue of human rights and various vulnerable groups, it all comes to a single phenomenon - one big outcry for heroes".

"We live in times when we don't have such a hero, and we live in a world where we need to make a film about Diana Budisavljevic, where we want to make films about monuments that were built during the socialist period and about significant architectural buildings and structures that were made after the Second World War - so one cry for something positive to move us from this point to where we are stuck right now", Petrovic said last night.

He underlined two new genres in the program, "the Balkans Horizon" and "the European Union - a zone of change", which, he believes, will bring change and freshness that will further attract the audience.

He also said that film, as well as art in general, can influence individuals, but cannot change society.

"However, through diverse projects that the Free Zone does - such as the Junior Free Zone, it can make some kind of change that exists in the education system. These changes are slow, slow and calling for patience", he said. The most important thing is that at such festivals young people are given a chance to see those films because they may someday become one of the authors, producers or actors of such films, in the same time, all the people who come to the festival will be a "positive role model in their own future", Petrovic concluded.

The selector and one of the founders of Free Zone Festival Branka Pavlovic in her address called on the audience to watch a diverse program with almost 50 films.

"The Free Zone films are all about missing someone, they treat the issues such as the absence, longing, injustice ... They speak about time that passes and in which we need to leave some trace. They tell us why we need to remember and how to stay true to ourselves, under all circumstances and in spite of everything", Pavlovic said quoting one heroine from the movie: "I live and exist because there is always something to fight for."

After that, Ivan Zlatic and Tatjana Anicic of the joint action "Roof overhead", addressed the audience and appealed for as much solidarity as possible in their fight for vulnerable members of society in order to secure their right to adequate housing.

The 15th, jubilee edition of the Free Zone Festival, which will run through November 12, has been officially opened with the movie "Areta Franklin - Amazing Grace".