Germany supports Serbia's European road and that is a good message that Chancellor Olaf Scholz will bring to Belgrade on Friday, the media write. 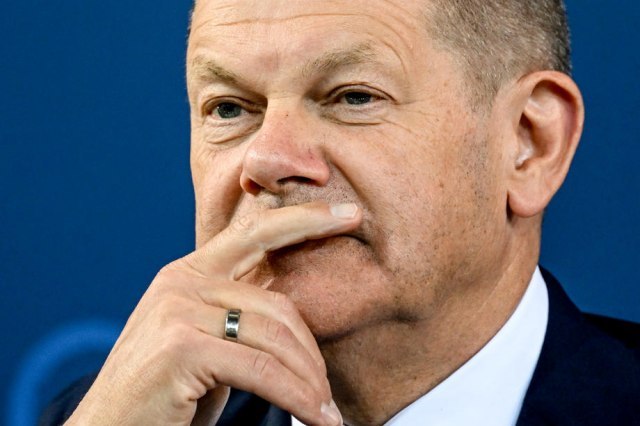 However, there are three bad ones - it is expected that the high guest will increase the pressure to conclude a legally binding agreement with the so-called Kosovo, to join with the sanctions imposed by the EU against Russia, and for RS to give up "secessionist ideas", Novosti writes.

On this complicated "balancing rope", Belgrade must find a way in favor of the interests of our citizens, which at this moment seems difficult to achieve. President of Serbia, Aleksandar Vučić, himself pointed out that Scholz would "come to Belgrade with difficult messages for us, which many will not like."

"Those few hours with him are of great importance. Germany is our biggest trading partner and investor, it invests in factories and employs 77.000 people. We should be grateful to Chancellor Scholz, because he was so correct and fair that his cabinet said that even in case of Lavrov's coming to Belgrade, he would not have cancelled his visit, because he always sees a solution in talks and direct engagement", stated Vučić.

Analyst Dragomir Andjelković says for Novosti that "we do not have too much room for hope, but we should not be afraid in politics".

"He will come with the message that Serbia and Kosovo should agree on the model of two Germanys, meaning as two independent states. He will also speak about the implementation of reforms in Bosnia and Herzegovina, which is a euphemism for centralization. We must also align our policy towards Russia with the European Union", explained Andjelković and added that these were the same messages that had already been said when Vučić met with Scholz in Berlin.

According to him, Germany's position does not change and Scholz must stick to the "broader scale of the system", because he is not like Vladimir Putin or Donald Trump: "It is up to us to be kind and answer why we cannot agree and move on".

Germany put all the cards on the table a long time ago, and Scholz only continued the policy pursued by Chancellor Angela Merkel. Lately, he has often spoken about the Berlin Process, which strengthens cooperation in the Western Balkans region.

Suzana Grubjesic, from the Center for Foreign Policy, told Novosi that Scholz's arrival is extremely important, both because of developed bilateral relations and Germany's position as Serbia's most important foreign trade partner and individually the largest investor, as well as regional cooperation and improving relations in the Western Balkans and Serbia's European perspectives.

"Of course, the war in Ukraine, its consequences and Serbia's positioning are certainly among the most important topics at every meeting, so it will undoubtedly be among the main issues at this one as well, bearing in mind the increased engagement of the new German government and the recent meeting in Berlin of President Vučić and Albin Kurti. After Belgrade, Scholz is leaving for Pristina and I expect him to reiterate his position that all outstanding issues must be resolved through dialogue and the fulfillment of previous commitments. It is certain that Belgrade does not agree with the request for the recognition of Kosovo, but to reach a compromise and sustainable solution through dialogue, which could be followed by the normalization of relations," she pointed out.