"My Kosovo solution idea failed; that will cost us dearly"

President Aleksandar Vucic said on Friday he regretted that his idea of ​​establishing a final compromise boundary between Serbs and Albanians has failed. 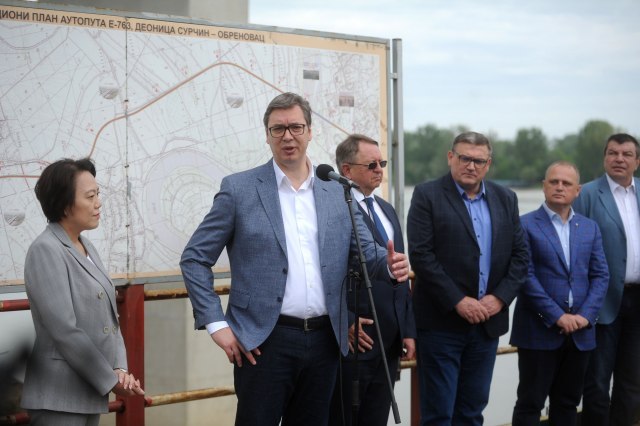 As he said, the idea failed because "our people thought differently, and that will cost us dearly in two to three decades."

Vucic also announced today that he will meet with Italy's Deputy PM Matteo Salvini on May 8, and then attend a military parade in Nis, southern Serbia, on May 10. After that he would meet with Serbs from Kosovo and Metohija and inform them about the outcome of the Berlin meeting on Kosovo, held on April 29.

Vucic described Salvini as Italy's "most powerful politician" - and one who stands for Italy revoking its recognition of Kosovo. He said their conversation will be about Kosovo, as well as "the positioning in today's changed Europe."

Asked about the announced decision on Belgrade's countermeasures to Pristina introducing taxes on goods from central Serbia, and about early parliamentary elections in Serbia, the president said that he was "thinking about this every day."

According to him, there was a fierce campaign against the possibility of a compromise through delineation - both by some abroad and at home - "because they wanted an independent Kosovo throughout its territory."

"All those who created an independent Kosovo, while there was talk about delineation pretended to be ignorant, because they did not want to say they are in favor of all of Kosovo independent from Serbia. Rada Trajkovic stands for that, as well as German Chancellor Angela Merkel and everyone else," said Vucic.

He said that he "does not advocate an independent Kosovo within those borders, but for establishing a final compromise boundary between Serbs and Albanians."

"My ideas have failed. This will dearly cost our nation, our country in 20-30 years. I'll have no use of my personal consolation that somebody will say I had been far-sighted. I was not convincing enough, I failed to explain the real situation, that reality is more important than emotions," Vucic said.

He said that all those who already recognized Kosovo and opposed delineation "played a deceitful game" - and that "a part of the domestic public, especially those who took part in the creation of an independent Kosovo, also worked on it."

Vucic recalled that Pristina adopted its (unilateral) declaration of independence in 2008, and that those in power then (in Belgrade) "played stupid, helped them by seeking the opinion of the International Court of Justice, as well as by transferring (Kosovo) negotiations from the UN to the EU."

"As far as I'm concerned, it will be easier for me in the historic sense, because I will be remembered for magnificent roads, bridges, for doubling in a short time salaries and pensions, rather than nominally for how people can live better. And someone else will unfortunately have to be announcing difficult and bad news for Serbia in the future, and say who lied to our people, why Serbs accepted the lies of Haradinaj and Trajkovic rather than hear the truth," he said.