"Trump may have struck deal with Putin regarding Kosovo"

The administration of US President Donald Trump has given the green light for the option of partitioning Kosovo, writes Gazeta Express. 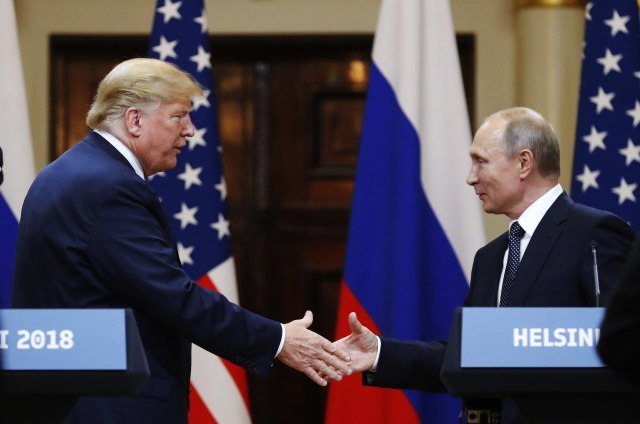 The Pristina-based Albanian language newspaper reported this citing unnamed diplomatic sources, and added that "there is a possibility that Trump agreed about this with Russian President Vladimir Putin during their recent summit in Helsinki."

According to the information obtained by the daily, the Trump administration, i.e., those in it dealing with foreign policy, agreed that "Kosovo should give Serbia territory in exchange for recognition."

This radical change in the US administration is taking place after former national security adviser H.R. McMaster was replaced by John Bolton, who is "known for his anti-Kosovo approach since the time he was the US ambassador to the UN."

The Pristina newspaper assessed that this was not a good development - and sees the situation as follows, still citing the unnamed source: "There is a possibility that an exchange of territory will be discussed. But the end of this drama is that Kosovo, what remains of it, can be considered a province of Albania."

The daily further stated that "all US presidents, starting with George W. Bush all the way to Trump" held the same position when it comes to "the borders of Kosovo" - i.e., that these "must not be touched, and that there can be no partition of Kosovo."

"Donald Trump, an unconventional US president, and his team, are not in agreement with most of the things that his predecessors did, both inside and outside of America, and in all likelihood, including when it comes to Kosovo," the article said.