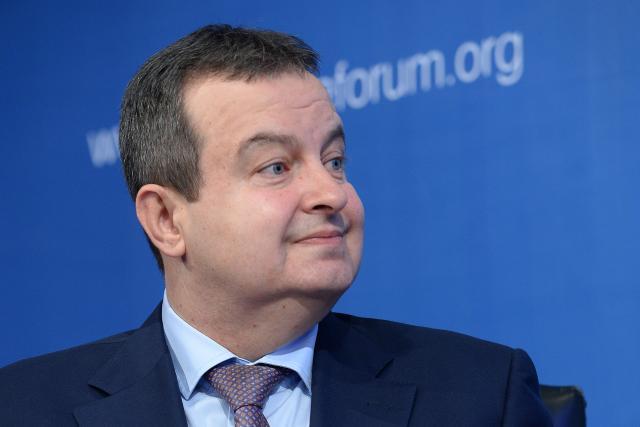 Speaking a day after Serbia's new government was elected, he said the EU integration was being carried out "for the sake of citizens, not for EU's sake."

The minister took part in the opening of a conference dubbed "Multi-speed Europe - Western Balkans in reverse" via a video message, and said that the new government will keep the priorities of the previous one.

"We stand by the European road of Serbia, which means not only accession negotiations, but aligning the society with EU's values, which is even more important."

"Serbia's priorities will be peace and stability in the region, redefining relations with great powers such as the US and Great Britain, but also maintaining relations with China and Russia. A priority will be to foster traditional friendships that started in the Non-Aligned Movement, that is, with countries of Africa, Asia, and Latin America," said Dacic.

He added that the countries of the Western Balkans are influenced by all the major challenges that are taking place in the world, "such as Brexit, Trump's election, the crisis in the EU."

"The EU is more popular here than in some member states, we continue to see the EU as the best way of joining forces, and it is also a stabilizing factor for the countries of the Balkans, because joining the EU is being set as a common goal," Dacic said.

He added that the Berlin Process is a reason to "rejoice" because it shows that big countries are keeping the Western Balkans on their agenda.

Dacic said that the main topic during the meetings of the Berlin Process concerns forging economic, infrastructural, and political connections.

"I think there should be more political connections in order to solve past conflicts and to define common interests, and thus present us to Brussels as a more united region," the minister said.

According to him, Serbia has a lot of objections to EU's attitude towards the integration process, because "every step is measured in chapter 35 - the dialogue with Pristina."

"I do not think the EU has a just standpoint, and I think it easily makes negative appraisals about Serbia, while tolerating those who contribute to the creation of tensions in the Balkans," Dacic said, adding that this "does not change the European path of Serbia."

He concluded by saying that Serbia "wants to be a security factor in the region, which will also be the policy of the new government."