Serbia has handed a non-paper with four demands to EU ambassadors, regarding the tensions in the region and "the legitimization of the Greater Albania project." 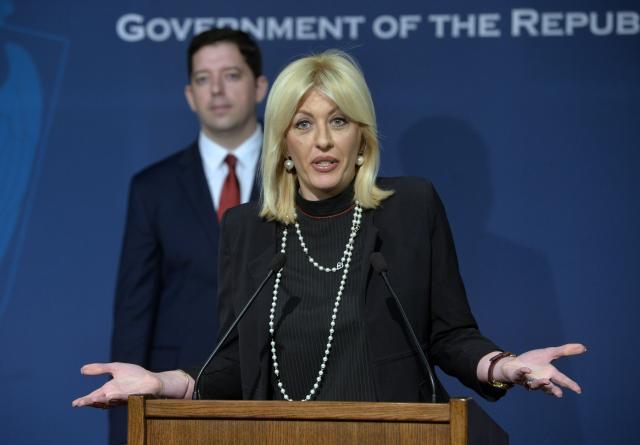 The daily Vecernje Novosti reported this a day after the meeting in Belgrade between the ambassadors of member-states and Serbian Minister without Portfolio for EU Integration Jadranka Joksimovic, and Director of the Office for Kosovo and Metohija Marko Djuric.

Asked to comment on the report on Friday, Joksimovic said that the document "does not contain any demands, but instead Serbia's positions and expectations."

In its article, Vecernje Novosti said that the non-paper, presented during the meeting on Thursday, asks relevant international actors to condemn aggressive rhetoric that pushes the Western Balkans into new conflicts and divisions.

Serbia also wants the continuation of the Belgrade-Pristina dialogue, a balanced, political and peaceful solution to the crisis in Macedonia, and respect for international standards in terms of respecting the territorial integrity and sovereignty of internationally recognized states.

The document, among other things, cites the most extreme statements made by Albanian political leaders since the beginning of the year.

Djuric will next week deliver the same paper to UNMIK chief Zahir Tanin with a request to forward it to UN Secretary General Antonio Guterres, the paper said it learned.

The meeting was attended by ambassadors of almost all EU member states, including the five that have not recognized Kosovo.

To the the arguments of Joksimovic and Djuric about the aggressive behavior of Albanians and the need for greater involvement of Brussels, EU diplomats responded by saying that all sides should work to calm the situation, while the aim was peace and stability in the region.