PM to talk "about factories, not about defense minister"

Prime Minister Aleksandar Vucic has refused to say who will be Serbia's new minister of defense, adding he will "talk about this during party conferences." 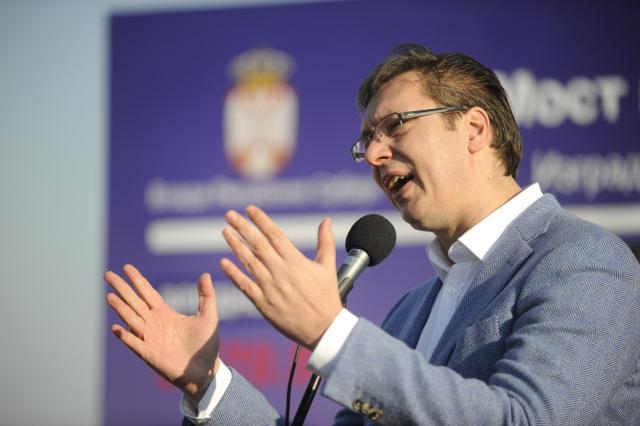 "Today I speak about factories," Vucic declared on Friday in Novi Sad, where he attended the signing of an agreement on incentives between the Ministry of Economy and the Delphi Packard company.

Speaking about the new defense minister, Vucic said that "such issues" will be addressed during "party conferences."

The National Assembly on February 5 dismissed Defense Minister Bratislav Gasic, who late last year made an offensive sexist remark aimed at a journalist. The Law on Government stipulates that the prime minister must propose a candidate to replace Gasic within 15 days of his sacking.

Vucic's ruling SNS party will today meet with representatives of the Party of United Pensioners (PUPS).

The Pensioners on Thursday said they were leaving their pre-election coalition with the Socialists (SPS) and would seek an alliance with the SNS ahead of early elections.

The two parties are expected to address the media after the meeting.