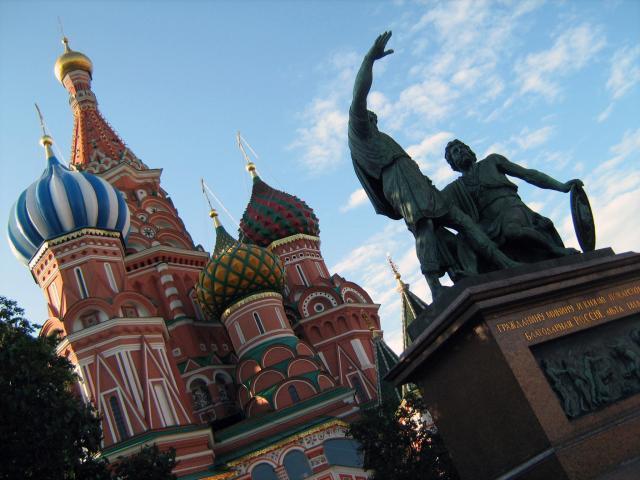 Moscow considers Croatia's problems on these issues to have become "chronic."

This statement came in reaction to a proposal made by Croatian Prime Minister Andrej Plenkovic during his recent visit to Ukraine, to "transfer Croatia's experiences" to that country.

"We took note of reports on setting up a working group on cooperation with Ukraine at the Croatian government. Its objectives are to include work to transfer Croatia’s experience of ‘peaceful reintegration of occupied territories’ allegedly applicable to Donetsk and Lugansk to Kiev," the Russian MFA said, as quoted by TASS, and added:

"The move officially confirmed by Croatia’s Prime Minister, Andrej Plenkovic, during his visit to Kiev on November 21 is a matter of serious concern. The new parallel structure will, at the very least, distract the attention of the authorities in Kiev from the work on the comprehensive compliance with its obligations under the Minsk accords that has stalled recently. The latter - and this has been confirmed on numerous occasions in the "Normandy format"- are the basis for resolving the internal Ukrainian crisis that has no alternative. Efforts of all responsible representatives of the international community should be focused on the implementation of the Minsk Package of Measures."

The offer of "peace-building know-how" raises many questions, the statement continued, "all the more so because it came amid the agreements to step up the Croatian-Ukrainian military-technical cooperation."

"It is well known that the 1995 Flash and Storm large-scale military operations ended with the forced exodus of about 250,000 Serbs from Croatia who lived there permanently. We are confident that recommendations by foreign ‘advisers,’ which can create a dangerous illusion that a war scenario in Donbass is possible, will in no way contribute to strengthening security in southeastern Ukraine."

"Meanwhile, making mention of the Crimean issue in the agenda of the Croatian working group is completely absurd," the Russian Foreign Ministry stressed. "We would like to recall once again that the reunification of the Republic of Crimea and Sevastopol with the Russian Federation was based on the free and legitimate expression of will by Crimea residents. This issue is closed. We are urging Zagreb to tackle deep-rooted internal problems related to the rights of Serbs and other ethnic minorities in Croatia more actively instead of indulging in futile speculations," the Russian MFA concluded.

On November 18, the Croatian government met in Vukovar and formed a working group for cooperation with Ukraine, which, according to Croatian media, "surprised many."

Many then explained it "with the fact Plenkovic is a Euro-parliamentarian who has made great contribution to establishing better relations between Brussels and Kiev."