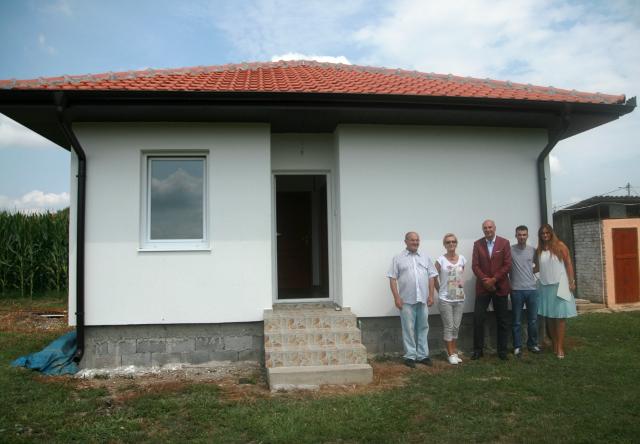 His colleagues at the level of the company, which operates in all parts of the world, launched an initiative to raise funds in order to assist and provide him with a new space for living.

Thanks to donations from employees through the internal network of the company, in cooperation with the B92 Fund which has provided full logistical support, USD 25,000 has been raised. This money was spent on building a new house sized 53 square meters, and on paying the necessary permits.

"In the floods which occurred in May 2014, one of our employees was also among the many who were left homeless," said General Director of SGS Belgrade Marinko Ukropina, adding:

"In accordance with the policy of corporate social responsibility, SGS Beograd (Belgrade) within its network launched a campaign to raise funds in order to provide our employee with adequate housing. The response from around the world has been positive and we were able to, with the money raised and B92 Fund's logistics, in a relatively short period of time build a house for our employee and his family. The funds raised have been fully used for their intended purpose, which has been subject to constant control and independent oversight, thus confirming the integrity of the appropriate use of donations within the B92 Fund."

"This is a great day for my family and me. I thank the B92 Fund, my company SGS and my colleagues, thanks to whom I have a new house. I am proud and it is an honor for me to work for such a company," said Miroslav Jovanovic.

Representatives of the B92 Fund thanked SGS Belgrade for the successful cooperation and the good work and pointed out they were glad that the company, relying on its core values, ​​recognized the Fund as a reliable partner in realizing this socially responsible project.

SGS Group is the world's leading inspection, verification, testing and certification company, based in Geneva. The network is made up of more than 1,800 offices and laboratories with over 85,000 employees worldwide. SGS Beograd regularly supports B92 Fund's humanitarian campaigns.