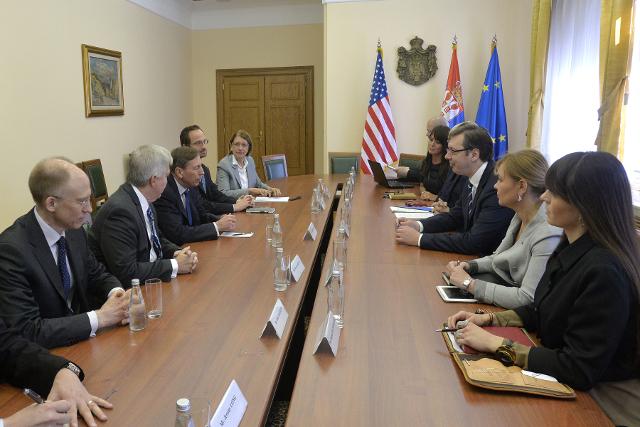 “Political stability is vital for economic growth,” Vucic said, adding that Serbia would do "everything to maintain stability in the region."

Petraeus - a former CIA director, who is now a KKR partner and chairs the fund's Global Institute, "congratulated Vucic on his party's election victory, underlining that the fact that the victory has been secured after the reforms put in place shows Serbia is on the right track," the Serbian government said in a statement on Friday.

It added that he "highlighted KKR is satisfied with their investments in the region, voicing hope the fund would soon broaden its investment portfolio, both in Serbia and the region."

Vucic talked with KKR representatives about ways to solve the issue of non-performing loans in Serbia, already tackled by the joint working groups of the finance ministry, central bank and KKR, the government's press office said.