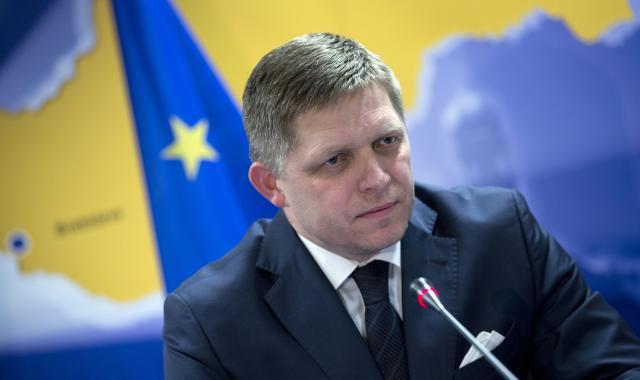 "I feel that we in the EU are now committing ritual suicide and we're just looking on. If it takes until late 2016 or 2017 for Europe to set up its planned border and coast guard force, the EU will have killed itself. We often stew in our own juices, tackling quotas which are nonsense... and in the meantime several thousand migrants arrive in Europe every day," said Fico, described as "a left-winger known for his anti-immigrant rhetoric."

The agency noted that Slovakia and Hungary have filed a lawsuit against the EU-proposed quota system for distributing migrants.

According to Fico the system had turned out a complete fiasco while "thousands of migrants distributed according to quotas were impossible to integrate in Slovakia."

"If, based on temporary or permanent quotas, someone forces us to import 50,000 people with completely different habits and religions - and these are mostly young men - I can't imagine how we could integrate them. We can't," he said, and added:

"They would end up in a space with its own life and its own rules, and this is why I'm saying this idea is wrong and unfeasible."