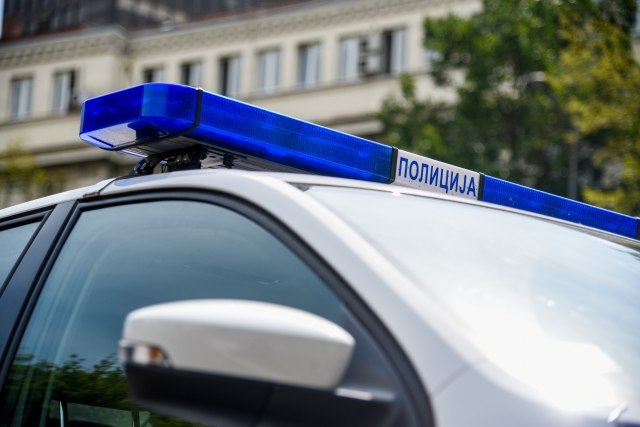 Pink also reports that SC Olimp in Zvezdara and the student dormitory "Mika Mitrović" in Voždovac were evacuated due to bomb threats.

The evacuation of students and employees from the "Patrice Lumumba" dormitory is underway, where a report of a bomb has also arrived.

As Tanjug was told, the Ministry of Interior teams are checking the building of the "Rajićeva" Shopping Mall, at the scene, while employees and visitors were evacuated.

Police officers in front of Rajićeva say that they found out about the report about 40 minutes ago and that the shopping center will not work until the security check is completed. In front of the shopping center, there is a large number of children who, according to the police, will also be removed from that place.

Yesterday, more than 100 bomb threats arrived at the addresses of schools, and reports also arrived about bombs on bridges, in the Belgrade waterworks and in the "Stadion" shopping center.

The media received a threatening list of planted bombs

The Telegraf.rs portal announced today that a message arrived at its e-mail address in which an unknown person states that "he will not stand idly by while Russia slaughters the people and destroys the country", and that it will blow up a large number of buildings and institutions in Belgrade.

It is reported that the message states that the bombs have already been planted and that this is just a continuation of reports of bombs at many locations in Belgrade.

"We will not stand idly by while Russia slaughters my people and destroys my country. Serbs are complicit in the destruction of my country, and that is why we have joined forces with the Albanians to mine the next locations in Belgrade," the message reads.

In a message transmitted by Telegraf rs, it says "we put bombs in cars and in several planes" and at the end: "we also poisoned water from the Belgrade fountain".

According to the Beta agency, the Ministry of the Interior said that the police check all reports and that in such situations they always act in accordance with the law and check every threat.

What do citizens say?

The citizens of Belgrade were greeted today by reports of bomb threats, which they believe were caused by events in Ukraine, as well as by foreign services because Serbia did not impose sanctions on Russia, and some believe that all this is a fabricated story and point out that no citizen should be afraid.

One guy told Tanjug that he does not think too much about it and that he is not afraid, but that he believes that foreign organizations are behind the threats. "It is not our organization for sure, I did not think about it too much, but I think it is most likely propaganda," says the interlocutor of Tanjug.

Another fellow citizen is of the opinion that the reports about the bombs were fabricated, and when asked if there is fear, he answered that there is no need for the people in Serbia to be afraid.

"I understand that people have fear, lies are constantly spreading, but they are already afraid of the coronavirus, so there is no need for additional fear," he said. The woman from Belgrade believes that everything is on a political basis and that certain messages are being sent about bomb threats. "Personally, I'm not afraid, I think it's all fake," she added.

The Tanjug team also met an elderly fellow citizen, who says that he was forced to walk because of reports of bombs, as well as that they do not understand what is behind it. "I don't know, it's all mixed up, I don't know if it's fear, I don't know anything, maybe they want to create some chaos and create fear," he says.

Others believe that the threats were caused by the situation in Ukraine, i.e. the non-imposition of sanctions on Russia.

"We have taken the right side, I think that's all because we support Russia," said one fellow citizen, adding that we should not be afraid of anything, because "we haven't done anything wrong to anyone as a nation."