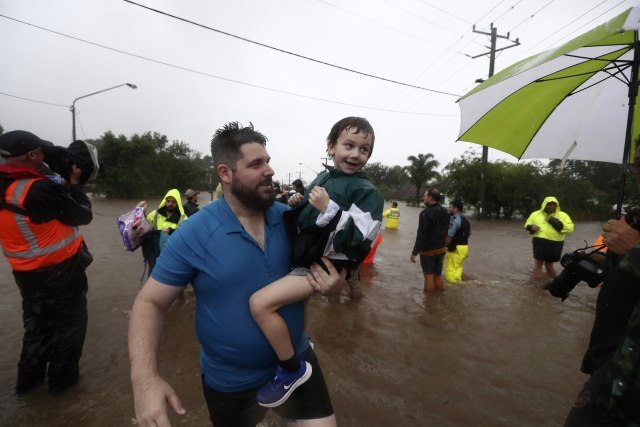 There were floods in some cities, and residents had to climb to the tops of their houses, local officials said.

Nine people have been killed since the storm began last Thursday, and rescue teams are searching for four more people whose disappearance was reported today, Reuters reported.

Prime Minister Scott Morrison, who called the unprecedented rainfall a "meteorological bomb", said the troops would be deployed in the most affected areas to conduct rescue operations.

The Australian meteorological service stated that there is still a danger of new floods in the north of the state of New South Wales (NSW), as the storm moved to the south, from the state of Queensland. "What we see today is unprecedented and the warning we received from meteorologists is that we can expect things to get worse," the NSW prime minister said in a televised address.

The Brisbane River in the capital of Queensland overflowed today, so the streets in Brisbane, the third largest city in Australia, were flooded.