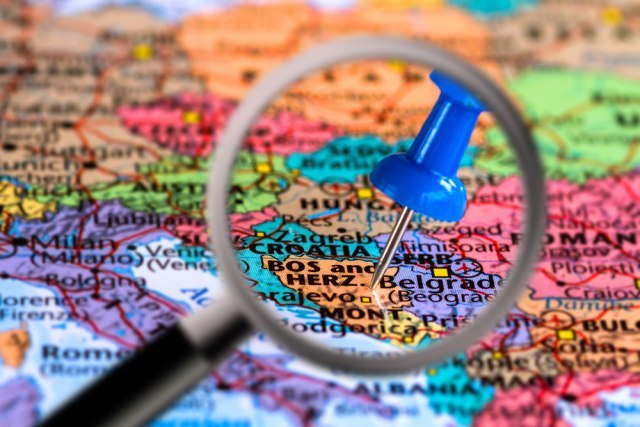 Milorad Dodik also said that the best solution is to separate Bosniaks, Serbs and Croats in a civilized way.

"Bosnia-Herzegovina will not be able to survive for the same reason that Yugoslavia did not survive. There are three peoples in BiH. Two of them, Croats and Serbs, are very dissatisfied. Muslims want to create a unitary state in which they would be the dominant people," he said. Dodik stated that BiH is synonymous with the crisis, RTRS reports.

He emphasized that the policy of the Republika Srpska is not aimed at secession.

"We are talking about a different possibility, based on the assessment that BiH will not be successful as a state. If that happens, it is best to separate in a civilized way," Dodik added. He said Serbs would not "start a war to secede", but reiterated that it was best to separate "if one cannot live together".

The Serbian member of the Presidency stated that Serbs are "defending the political process" towards achieving that goal, and that stories about a possible war are meaningless.

He pointed out that Bosnia-Herzegovina exists as a state only due to pressure from the international community and that it is an experiment of foreigners.

"The first thing I suggest is that foreigners stop governing this country, because it is the only colony that currently exists in Europe. They should let us find a consensus, if possible," Dodik said.

He reiterated that Christian Schmidt has no right to introduce law in Bosnia-Herzegovina. "In the elections three years ago, I won the most votes, much more than two of my colleagues from the Presidency combined. And now that German comes and says that the future of Bosnia-Herzegovina will not be constituted with Dodik. What does he think, who is he to decide on something like that?" Dodik asked.

In an interview with the Spanish newspaper "El Mundo", he emphasized that BiH is facing a severe crisis, which has not arisen now, but has always been there.