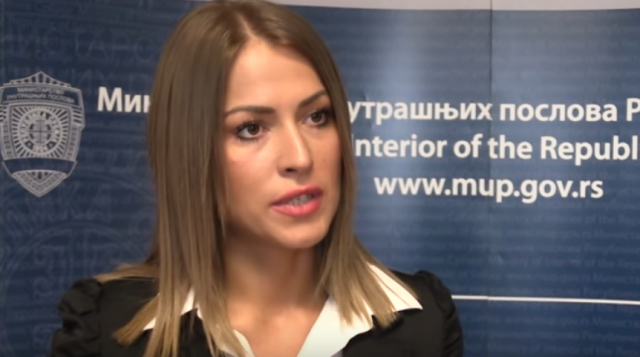 According to "Blic", she left the detention unit and went to her apartment.

The investigation against her ended on Thursday, all witnesses were heard and a decision was to be made yesterday to release her from custody.

She has been in custody at the Central Prison since October 15 on suspicion of influencing the head of the Special Investigation Methods Department, Dejan Milenković Bagzi, not to submit timely reports to the prosecution regarding the murder of Vlastimir Milošević, known as the "murder on the rails" case, for which Veljko Belivuk was indicted and later acquitted, who is now charged with five murders.

"All 20 witnesses were heard, witnesses who have ties to Bagzi, not her. She was detained on the basis of count two, which is not to influence witnesses," said Ahmed Delimedjac, her lawyer. He added that "witness hearings are repeated non-stop".

"Those 20 witnesses did not even mention her. They no longer have a reason to keep her, any further detention is illegal," claims Hrkalović's lawyer. It should be reminded that Dijana Hrkalović was questioned again at the Prosecutor's Office for Organized Crime at the end of November as part of an expanded investigation against her for trading in influence, the Prosecutor's Office said.

"Dijana Hrkalović is accused of illegally ordering Darko Elez to be wiretapped," Blic was told.