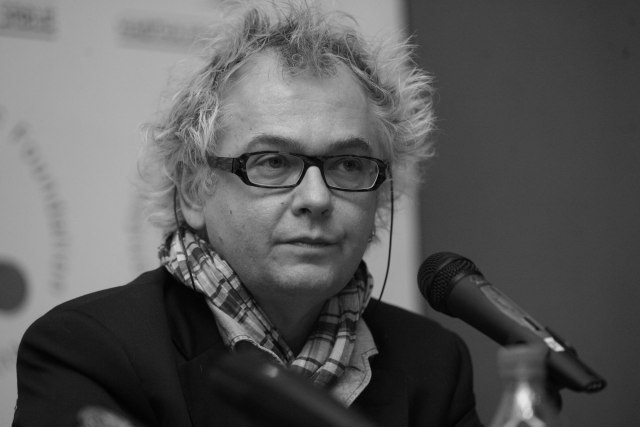 Ivan Tasovac (55) passed away tonight in his home in Belgrade at around 9 p.m. He suddenly felt sick, and the ambulance team tried resuscitation.

Born in Belgrade in 1966, Tasovac earned a BA and Master degree in piano performance at the Moscow P. I. Tchaikovsky Conservatory, where he studied with Prof. Sergei Dorensky.

At twelve, he made his debut appearances as a pianist with the Belgrade and Zagreb philharmonic orchestras. In his professional career as a pianist, he performed both as a soloist and with orchestras in Italy, Switzerland, Spain, Ireland, USA, Russia, Belgium, former Yugoslavia other countries.

Tasovac was the Director of the Belgrade Philharmonic Orchestra from March 2001 until September 2013.

During this period, the orchestra grew into one of the leading European orchestras (The Independent), Serbia’s cult orchestra (The Financial Times), the most successful cultural institution in Serbia (Jutarnji list, Zagreb) and Serbia’s most powerful PR weapon (Kvällsposten, Malmö).

In this period, the Belgrade Philharmonic Orchestra’s building was renovated, a large part of the orchestra received new instruments, the orchestra was rejuvenated by recruiting the best musicians who returned from abroad after completing their studies etc.

During his term at the office, the orchestra considerably enhanced institutional and regional cooperation. In addition to notable international guest appearances throughout Europe, at his initiative, the Belgrade Philharmonic Orchestra went on its first-ever tour of the United States in its history, in the autumn of 2014.

Mr Tasovac launched the Zubin Mehta Belgrade Philharmonic Foundation in 2004, which is considered as the pioneer and the main promoter of the model for financing culture based on public-private cooperation in Serbia. In the pursuit of many objectives and projects, this foundation is greatly supported by The American Friends of the Belgrade Philharmonic Orchestra foundation, established in New York in 2012.

In recognition of his contribution to culture in Serbia as the leader of the Belgrade Philharmonic Orchestra, he was invited to the debate Culture and Development, held at the United Nations Headquarters in New York in June 2013, as one of the key speakers.

Mr Tasovac was Minister of Culture and Information in the Serbian Government from September 2013 to August 2016.

The Government of the Republic of Serbia reappointed Tasovac as the director of the Belgrade Philharmonic Orchestra on January 24, 2017.

Vučić bid farewell to Tasovac: Rest in peace, my friend

On the occasion of his death, the President of Serbia, Aleksandar Vučić, also spoke out.

"I was extremely struck by the news of the sudden death of Ivan Tasovac, a great pianist and artist, and above all an exceptional man, sincere friend and comrade-in-arms. Ivan dedicated his life to the greatest human values - art and love for the fatherland, which in its sophisticated and unique way expressed his music, inexhaustible energy and creativity for which he will be remembered in the highest artistic and intellectual circles. Relentless fighter for sophistication against profanity, for meaning in superficiality, Ivan left the deepest mark on the art scene, but also in the hearts of all of us who had the honor to know him. Rest in peace, my friend, and we will continue to fight for an even better and stronger Serbia you lived for", President wrote.