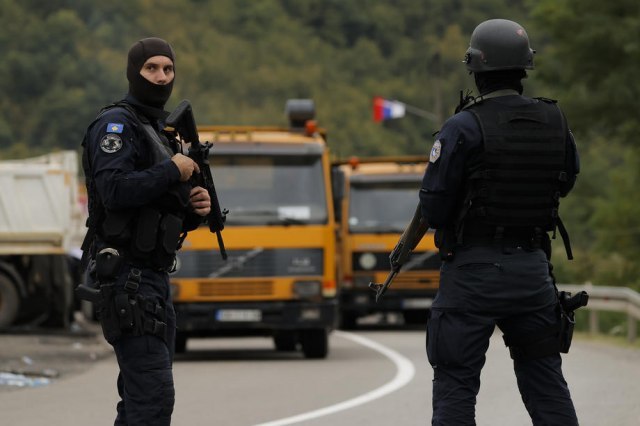 Albanian media claim that there are two Russian and one Belarusian citizen in Jarinje, and believe that they are participating in the organization of the protest in cooperation with the Security Information Agency.

A joint exercise of KFOR and Kosovo Police

The exercise "Silver Saber" for 2021 at the training ground in Djakovica has been completed, and it was conducted by KFOR in cooperation with the Kosovo security institutions, reports Koha.

"The exercise included an extensive emergency response operation, in which representatives of the Kosovo Police, the Red Cross, the Kosovo Security Force, the Emergency Management Agency and the Djakovica municipality were tested with the support of KFOR staff in their life-saving efforts, calming the local population affected by the natural disaster, maintaining security and the functioning of basic services in preparation for a normal life," KFOR said.

Security expert Nuredin Ibishi does not rule out the possibility of escalation of the situation in northern Kosovo, where Serbs have been protesting at the Jarinje and Brnjak crossings for five days, due to the Kosovo government's decree on temporary plates, reports the Kosovo Press.

Ibishi adds that all this is a tactic of Serbia to bring the international community into the game.