MOSCOW -- The stubbornness with which the West introduces its "rules" is astonishing, Russian Foreign Affairs Minister Sergey Lavrov, wrote in his column for "Kommersant"

MOSCOW -- The stubbornness with which the West introduces its "rules" is astonishing, Russian Foreign Affairs Minister Sergey Lavrov, wrote in his column for "Kommersant" 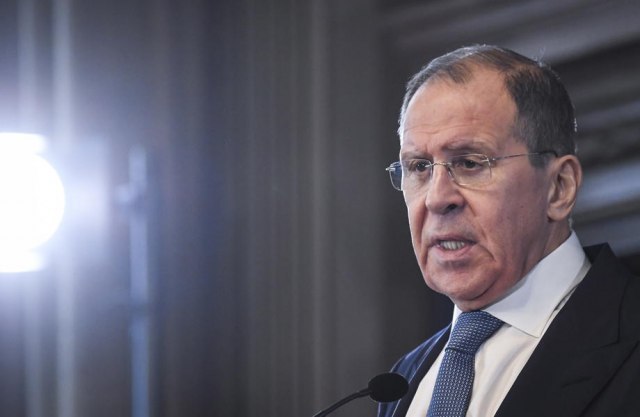 "The persistence, I can say, and the stubbornness with which the West is introducing its 'rules' is astonishing. It is clear that there is a domestic political context - we need to show voters that they are cool guys in foreign policy towards 'authoritarian opponents' ahead of another election cycle (they are in the US every two years, they should succeed)," Lavrov said.

The rules-based order is the embodiment of double standards, Lavrov pointed out.

"The right to self-determination is recognised as an absolute “rule” whenever it can be used to an advantage. This applies to the Malvinas Islands, or the Falklands, some 12,000 kilometres from Great Britain, to the remote former colonial territories Paris and London retain despite multiple UN resolutions and rulings by the International Court of Justice, as well as Kosovo, which obtained its “independence” in violation of a UN Security Council resolution. However, if self-determination runs counter to the Western geopolitical interests, as it happened when the people of Crimea voted for reunification with Russia, this principle is cast aside, while condemning the free choice made by the people and punishing them with sanctions", he explained.

By applying their rules instead of the existing instruments of international law, Western countries show that they want to "work according to unwritten rules" in the international arena.

"The beauty of these Western “rules” lies precisely in the fact that they lack any specific content. When someone acts against the will of the West, it immediately responds with a groundless claim that “the rules have been broken” (without bothering to present any evidence) and declares its “right to hold the perpetrators accountable.” The less specific they get, the freer their hand to carry on with the arbitrary practice of employing dirty tactics as a way to pressure competitors. During the so-called “wild 1990s” in Russia, we used to refer to such practices as laying down the law", the article reads.