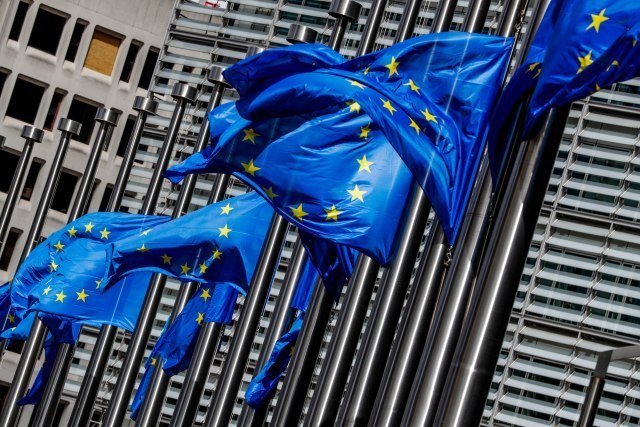 However, it could happen that the member states pull each to the other side.

The number of new infections is decreasing, so the heads of states and governments of the European Union member states are saying that the "light at the end of the tunnel" they have been talking about for months is approaching. For weeks, there have been fewer and fewer new infections across Europe, so it is clear that the coronavirus wave is coming to an end.

Shopping, restaurant, cinema, overnight in a hotel - in most EU countries, restrictive measures are being withdrawn, and life is slowly returning to normal. All this with very different rules as to where negative tests are needed, what we are allowed to do in specific time schedule, or where a mask must be worn.

According to the European Center for Disease Prevention and Control, in most parts of the EU, the incidence of new cases of coronavirus is between 60 and 120. That number indicates the number of newly registered infections in the last seven days per 100.000 inhabitants.

In France, Sweden and the Baltic countries, the incidence is twice as high. Only Great Britain, Finland, Portugal and some islands are painted yellow - which indicates countries where the incidence is between 30 and 60.

The European Union has not had any common rules and measures since the outbreak of the pandemic, but now the leaders of the member states have issued a joint statement: "The speed of vaccinations has increased throughout Europe and this should continue. With a better epidemiological situation, it allows us to reopen our societies. We must remain vigilant, though," the 27 heads of state and government said in a statement.

Since the outbreak of the pandemic at the beginning of last year, it has become clear that health policy is still a national, often regional matter. They know very well in Brussels that this will not change.

"The numbers are now going in the right direction, but some countries have had very different experiences with the pandemic," Estonian Prime Minister Kaja Kallas told DW. There are fewer sick people now, she says, but the focus should be on people who have lost their jobs and the psychological consequences of coronavirus.

A passport that will make travel easier

At the end of the EU summit, it was succinctly said that "attempts at further coordination should continue until the summer". This "attempt at coordination" refers primarily to a digital certificate, which is also called a green certificate or COVID passport.

However, the European Parliament assessed that it is not appropriate for the card to be officially called "green", so it is now called a "digital COVID-certificate".

Whatever its name is, the idea is that throughout the EU, from early July at the latest, there is a system of digital ID cards in which vaccinations, fresh negative tests as well as past illness would be registered. People with such evidence should travel unimpeded everywhere.

However, EU members have agreed that they can again unilaterally deviate from this principle of open borders if they assess that the epidemiological situation is deteriorating.

Also, each member decides exactly what freedoms the digital certificate provides in its territory. So it can happen that in some countries you can go to a restaurant or a concert, but you can't visit anyone in a hospital or nursing home. Or vice versa. In fact, Brussels will only technically create a platform that allows national COVID passports to be mutually recognized and respected. "We did not agree on what should be provided to the vaccinated," Prime Minister Kallas admitted in an interview with DW.

In mid-June, the rules on travel within the EU, as well as travel from third countries, should be reconsidered. It is unclear whether the EU will fully recognize the green certificates of countries like Serbia. So far, some members, such as Greece, Slovenia and Hungary, have already recognized the Serbian certificate.

A large surplus of vaccines by the end of the year

In general, further easing of measures in Brussels is linked to the progress of vaccination. According to the head of the European Commission, Ursula von der Leyen, by the end of the week, there will be about 46% of citizens in the EU who have received at least one dose of the vaccine. However, the percentages are very different - from Malta, where 60 percent of people received the first dose, to Bulgaria, where that percentage is only 13.2.

At least, there is no shortage of the vaccines. By the end of the year, the total number of vaccines delivered to the EU will reach 2.6 billion doses - far more than is needed for the Union's 450 million inhabitants. One hundred million doses should therefore be donated to the world vaccination program COVAX.

COVAX will be able to buy the remaining surplus vaccines from the EU through donations from rich industrial countries. That was the plan a year ago, when the World Health Organization and the EU launched the initiative. The European Union plans to support the production of vaccines in poorer countries, as agreed at the World Health Summit last Saturday.