Vucic talking to Putin for the first time since Washington: What did they talk about?

Vucic talking to Putin for the first time since Washington: What did they talk about? 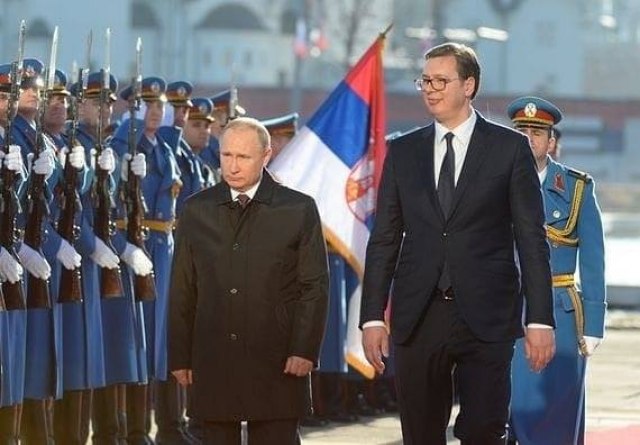 This is the first conversation between the leaders of Serbia and Russia after the signing of the Washington agreement.

The statement adds that the President of Serbia, Aleksandar Vučić, informed Russian President Vladimir Putin in a telephone conversation today about the talks in Washington and Brussels, held on September 4 and 7.

"Special attention is paid to the problem of Kosovo. Vučić informed (Putin) about the negotiations in Washington and Brussels on September 4 and 7. Putin confirmed Russia's unchanged position on developing a balanced and compromise solution that is acceptable for Belgrade, and which should be determined by the UN Security Council", the statement said.

As it is stated, the telephone conversation between the two presidents was initiated by the Serbian side, and it is added that special attention was paid to resolving the Kosovo issue, TASS reports.

"Putin confirmed firmness of Russia's principled position regarding the finding of a compromise and balanced solution acceptable to Belgrade, which must be approved by the UN Security Council," the statement said.

The readiness for further close cooperation with him on the whole spectrum of issues of the bilateral, regional and international agenda was emphasized.