BELGRADE -- "It's what we were hoping for, but we can't relax. The increase is coming in the coming weeks as there are more reservoirs of infection, including unrecognized"

BELGRADE -- "It's what we were hoping for, but we can't relax. The increase is coming in the coming weeks as there are more reservoirs of infection, including unrecognized" 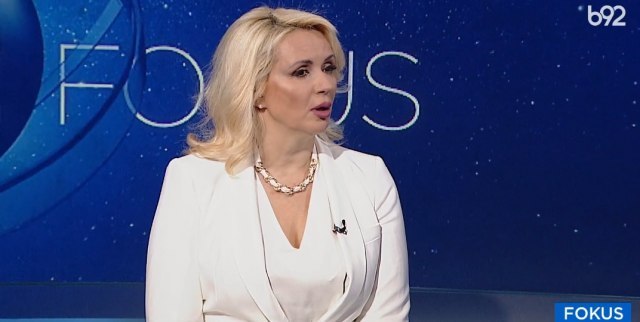 This was pointed out by the Deputy Director of the Batut Institute, Darija Kisic Tepavcevic, in the "Focus" on TV B92.

Despite the prognosis, the number of infected people is declining, Tepavcevic said.

"The story is very simple, the virus is spreading as much as we allow it, the current figures show how much we have allowed it in the period of 5 to 10 days. The statistics so far in our country are moderately optimistic. It turns out that we are doing a good job. But it can easily fool us. We must not relax", Kisic Tepavcevic said.

She reiterated that a reasonable person understands that prevention is the only way to stop the virus.

The number of diseased children in our country shows that they are sporadic at a younger age.

"Less than ten children, eight or nine got infected. They became ill because they were in a family where someone was infected. They have mild symptoms and forms of expression, which are experiences from other countries," Tepavcevic explained.

Given that warm weather is ahead of us, she said, if the virus survives, the possibility of transmission will be reduced, even if we allow ourselves to be so close to the infected person.

"Every week and day is crucial to us, as the number of cases piles up, so is the greater chance of it expanding," she repeated.

"Theoretically, the peaks are from the fifth to the eighth week. We are already statistically deviating from the rules of a larger number of patients, although, I note, the spread of the virus is not a mathematical model."

"Testing is not done by itself to determine whether someone is positive or not. The bottom line is whether to isolate a person to prevent further spread. It has not happened so far that according to strictly defined indications, someone has not been tested. It will be tested for as long as a person needs, with a capacity of 4.500 tests per day. I would note that if we all adhere to the measures, this type of testing would not even be necessary. Capacities have not yet reached 1000 tests per day".

Colleagues from China have told us that it is most dangerous to allow the disease to be brought into the family, which is reasonable, as family members share common toilets", Dr Kisic Tepavcevic said.