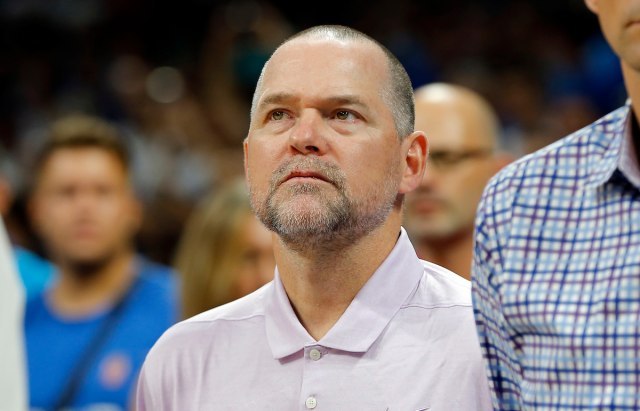 As announced on the official website of the Basketball Federation of Serbia, Malone will join the professional staff of our national team immediately after the playoffs.

Malone has been the Denver coach since 2015 and it is assumed that his main role will be to maximize Nikola Jokic's potential in the Serbian national team.

Marc Stein wrote on Twitter: "The Serbian basketball federation is in advanced discussions with Mike Malone to hire the Nuggets' coach as a top aide and consultant to Serbia head coach and Kings assistant Igor Kokoskov for this summer's Olympic campaign, according to league sources".

The Denver head coach started his career back in 1993 at the College. He has long been an assistant in the NCAA and then in the NBA in which he has been since 2001.

He was an assistant in the New York Knicks, Cleveland Cavaliers, New Orleans Pelicans and Golden State Warriors, while receiving his first solo coaching job at Sacramento in the 2013/2014 season.

Still, he stayed in California for only a year and since 2015 has led Denver, succeeding in making to the playoff with this team for a short period of time.

In addition to Malone, the assistant coaches to Igor Kokoskov would be FMP coach Vladimir Jovanovic and Mega Bemaks head Dejan Milojevic.

The qualifying tournament for the Olympics will be held in Belgrade from 23 to 28 June, with Serbia playing in a group with the Dominican Republic and New Zealand.

The second group consists of the national teams of Puerto Rico, Italy and Senegal.

Only the winner of the tournament will ensure participation in the Olympics.