ZAGREB -- In the presidential elections in Croatia, according to the preliminary results, Zoran Milanovic leads in the three largest cities - Zagreb, Split and Rijeka

ZAGREB -- In the presidential elections in Croatia, according to the preliminary results, Zoran Milanovic leads in the three largest cities - Zagreb, Split and Rijeka 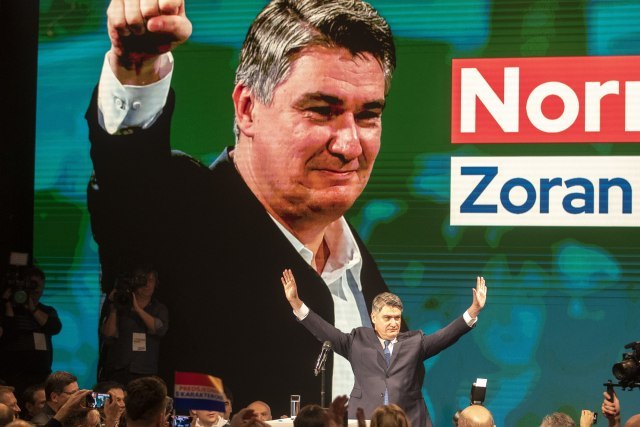 Miroslav Skoro won the most votes in Osijek.

Croatian media and analysts have estimated that whoever "wins" Zagreb will also be Croatia's new president, with Milanovic winning 33.33 percent of votes in Zagreb, followed by Miroslav Skoro with 23.37, and the third was Kolinda Grabar-Kitarovic with 20.14 percent of the vote.

Skoro leads in Osijek with 35.47 percent of the vote. The second is Grabar Kitarovic with 26.20 percent and the third Milanovic with 22.38 percent.

Kolinda won the most votes from Serbia and Bosnia-Herzegovina

On the other hand, Croats abroad with the right to vote in the first round of elections for the President of Croatia gave the most votes to Kolinda Grabar-Kitarovic. According to official data from the State Election Commission, she won 54.31 percent of the vote.

Observed by countries: Grabar-Kitarovic won 40.61 percent of Croatian votes in Serbia, Milanovic received 21.27 percent, and Skoro 20.44 percent. Index hr commented on the occasion that "Kolinda has won in Serbia".