BELGRADE -- The Serbian Academy of Sciences and Arts (SANU) today celebrates its day - 178 years of existence after the Decree of Prince Mihajlo issued on November 19, 1841

BELGRADE -- The Serbian Academy of Sciences and Arts (SANU) today celebrates its day - 178 years of existence after the Decree of Prince Mihajlo issued on November 19, 1841 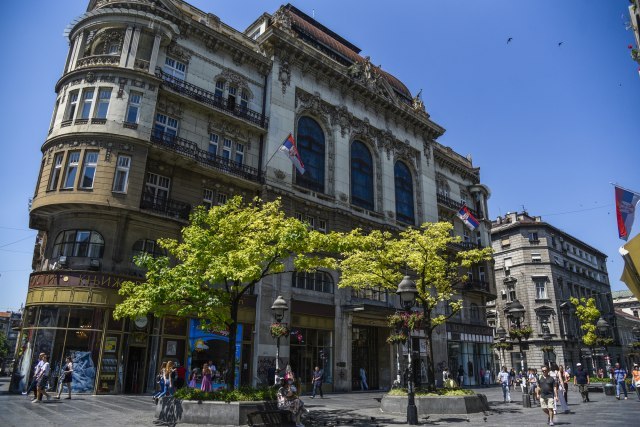 With the decree of Prince Mihajlo on November 19, 1841, the Society of Serbian Literacy was formed at the proposal of two great men, Jovan Sterija Popovic and Atanasije Nikolic.

SANU President Professor Vladimir Kostic told RTS that the institution he heads has a tradition of 178 years, and that he deeply believes that there is a solution in culture to what he would call the "Serbian issue".

"Since this year is dedicated to Slobodan Jovanovic, one of his quotes goes like this: 'It is the culture that will help us survive all these political and historical circumstances'. In a culture that we have so little faith in, there is a solution to what I would conditionally call the Serbian issue", Kostic said.

He stressed that this was not only a date significant for the Serbian Academy of Sciences and Arts, but that it was a date referring to the statehood and society that great people in the past had cherished and "whose trail we try to follow".

Asked about the position of science in our culture, Kostic said that science in Serbia is doomed to mere existence, but that there is a paradox that people need to get familiar with.

"For years, we are among the top two, three countries in the world that have outstanding scientific contributions despite low financial investment. This year, we are the third, right after Great Britain and Finland. I avoid mentioning this in front of the authorities, because they will get the impression that it is not necessary to invest into culture, given that we have accomplished great things", he stressed.

"The state, he said, will have to set aside more funds than before in this field, but also we have to break some kind of isolation, we have to communicate with the world, to enter into exchange with the people abroad.

"We have to function as part of the world, part of scientific networks. There is an effort made with this regard. It's not so simple. There is something I would call scientific capitalism or scientific neo-colonialism, but Serbia is doomed to enter the scientific market, to compete with others, proving that our people deserve a place in the world science”, he stated.

He added that we are not as successful as we want to show ourselves, and that sometimes a false impression is made, but that science is doing much better than we deserve, in general.