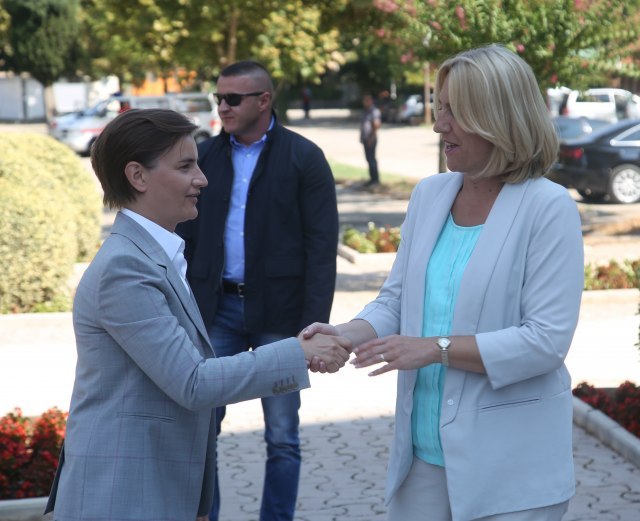 "Everything regarding construction and property-legal relations was sorted out but the problem arises when you try to get an answer from B&H government," Cvijanovic said.

The new border crossing involved the construction of the bridge “Bratoljub” on the Drina River that was supposed to connect the towns of Ljubovija in Serbia and Bratunac in RS.

When asked at what stage the process was Cvijanovic said that she feared that "someone is deliberately obstructing this, a large sum of money was invested and the communication between Serbia and RS is important."

Serbian PM gave an almost exact response and added she was really sorry it had come to this after all the money and efforts Serbia and RS invested.

Brnabic said that she talked about the crossing with the Chairman of the Council of Ministers of B&H, Denis Zvizdic.

"I hope that this will be taken seriously after the elections are over. This project is important for the citizens and their everyday life, this cannot be a matter of politics. The citizens see a finished bridge but they cannot cross it. We have to get serious", Brnabic said.