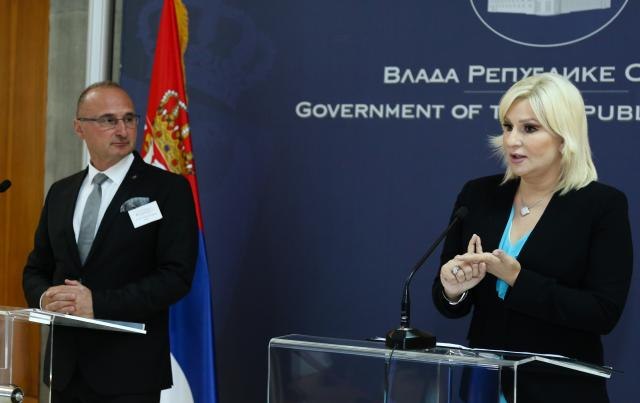 Without connectivity there is no economic development and new investments, greater exchange and better lives, she said.

Mihajlovic estimated that Belgrade today is the center of water transport in Europe, the Serbian government said on its website.

Today we are not just here to recall the common part of history, but also to talk about the future. I believe that there is no better place for that than Serbia, as a country with a central geostrategic position in the region, but also a country through which one quarter of the Danube's navigable stream passes, or about 600 km, said the Deputy Prime Minister.

She stated that the goals of this year's conference include strengthening of all forms of cooperation, accelerated development of common standards of navigation on the Danube, increase of safety and security of this type of transport, as well as implementation of infrastructure projects in accordance with European plans of transferring part of traffic to the waterways.

Serbia is already devoted to all this, and the total value of projects in water transport in Serbia, including projects that are already being realized and those we plan to implement is EUR 204 million, said Mihajlovic.