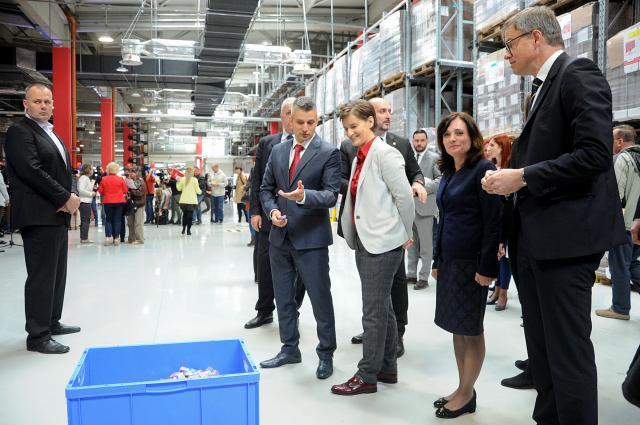 Prime Minister Ana Brnabic, who was in Krusevac on Wednesday, said that this was "a very important investment for the Serbian economy as it will enable the employment of 50 new workers."

Brnabic cut the ribbon together with German Ambassador Axel Dittmann and Director of the Henkel Serbia factory in Krusevac Dusan Antonijevic, the Serbian government said.

The prime minister "thanked the management of Henkel on fantastic conditions for our workers and for employing around 400 people in Serbia."

Dittmann pointed out that he sees Henkel as a symbol of the ever-intensifying economic cooperation between Serbia and Germany.

There are about 400 German companies in Serbia that employ 44,000 workers, and since 2000, Germany has invested EUR 2 billion in Serbia, he said.