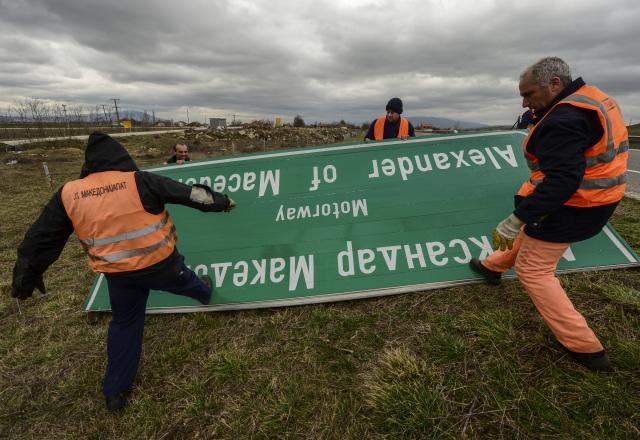 Greek Foreign Minister Nikos Kotzias said on Monday that he would visit Skopje "in the next few days" and bring with him a proposal to resolve the dispute.

The Greek government's stance is that a framework that guarantees the closure of the problem is the neighboring country adopting "a compound name for general use" while amending parts of its Constitution, while Macedonia is ready to accept a geographical term in the name of the state - but without changing the Constitution, or touching "the language and identity."

The negotiating process to resolve the name dispute began on February 13 in Vienna, when Greek and Macedonian foreign ministers met with UN mediator Matthew Nimetz.

In addition, Macedonian Prime Minister Zoran Zaev said he believed it was possible to resolve the dispute with Greece by NATO's summit in July.

The United Nations has been trying to find a compromise solution for this issue for the last 27 years. Athens does not recognize the name "Republic of Macedonia" and claims that this has been the name of its northern province since ancient times. For this reason, Greece has blocked Macedonia's accession to NATO.

Due to the dispute, Macedonia was in 1991 admitted to the UN under the provisional name of the Former Yugoslav Republic of Macedonia (FRYOM).