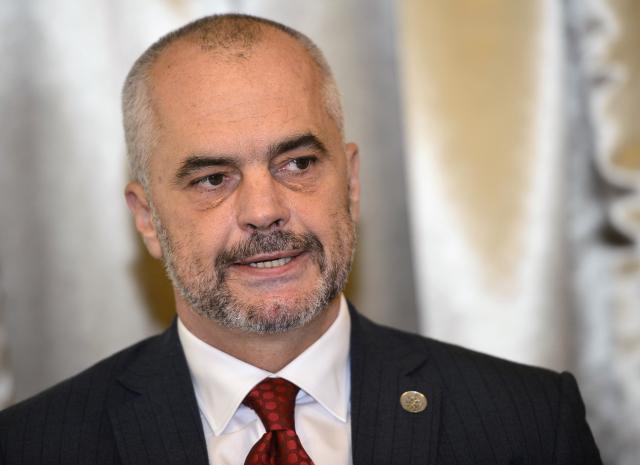 "We have taken note of a statement made on January 14 by Prime Minister of Albania Edi Rama regarding the involvement of the ruling Socialist Party of Albania (SPA) in the creation of the Kosovo Liberation Army (KLA) and in the battle for Kosovo in the neighboring Serbia, as well as the SPA’s decisive contribution to the adoption of the Law on the Use of Languages by the Assembly (parliament) of the Republic of Macedonia. This law makes Albanian the country’s second official language along with Macedonian," the press release said, adding:

"These statements confirm Mr. Rama’s intention to continue to promote the notorious Tirana Platform, which he helped to draft. The implementation of this document would erode the constitutional foundations of the Macedonian state and the Ohrid Framework Agreement and would consequently provoke new ethnic clashes in the Balkans. These new developments are fully in accord with the widespread Greater Albania ambitions, which endanger the territorial integrity of several countries in the region."

"We attach much significance to the issue of languages and believe that such decisions must only be taken on the basis of agreement between all branches of power in any country and a broad consensus in its society," the Russian Foreign Ministry said.