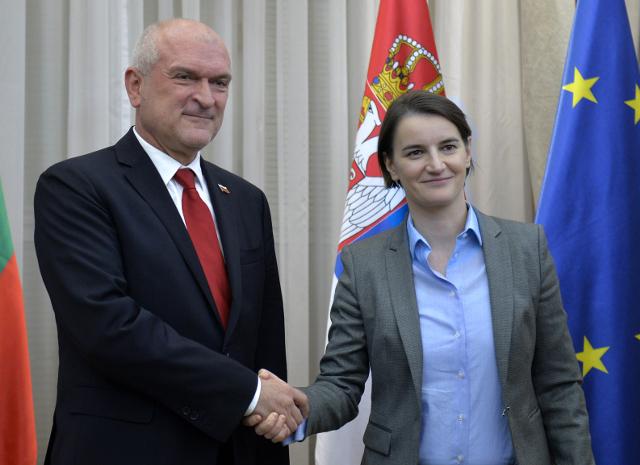 Glavchev "stressed that the problems of the European perspective are common for both Serbia and Bulgaria, and that Bulgaria will provide all necessary assistance to Serbia in the negotiation process during its presidency of the Council of the European Union next year."

He added that Bulgaria can transfer to Serbia and its experiences related to Chapter 23, which is of paramount importance to Serbia.

The officials "pointed to the fact that Serbia has made great efforts to secure all rights to the Bulgarian national minority, but that there are unresolved issues in the field of education and information."

Glavchev was also received by Serbia's First Deputy Prime Minister and Minister of Foreign Affairs Ivica Dacic. The Serbian MFA said in a statement that they "expressed satisfaction with the good bilateral relations of the two countries, as well as the intensive political dialogue in the past period."

In this sense, the officials highlighted completion of the eastern arm of Corridor 10, the modernization of the Nis-Dimitrovgrad railroad, as well as the project for the construction of the gas interconnector Serbia-Bulgaria.

Dacic "expressed his gratitude to Bulgaria for its support for the continuation of the EU enlargement policy, which is one of the priorities of its chairmanship of the Council of the European Union in the first half of next year.

Earlier in the day, Glavchev met with Maja Gojkovic, the president of the Serbian National Assembly.