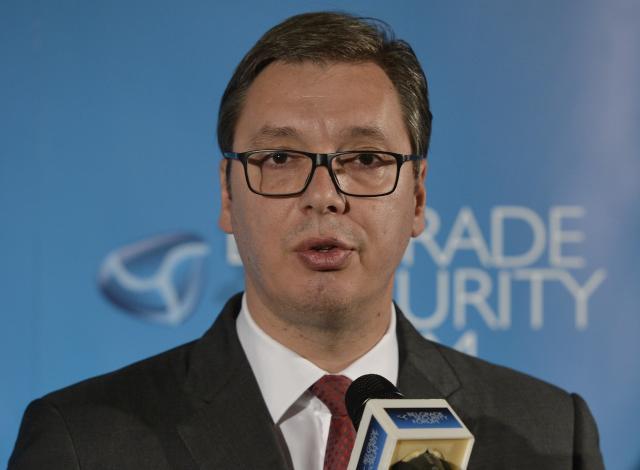 In a wide-ranging interview, that touched on the upcoming local elections in Belgrade, the Catalan crisis, internal dialogue on Kosovo, and Serbia's military neutrality, the president said there were "no rude words" exchanged during his meeting last Tuesday with Brian Hoyt Yee, and that the main topics were "Kosovo and Russia."

Asked "how Yee reacted to this," Vucic said:

"Coolly, he's a professional. He let me know what he thinks, he said, 'it's great that you said that, I told you what the message of America is, whether you respect it or not, you know what the consequences are'."

Vucic then added that "after many years, the presence of Serbs in Kosovo is bothersome."

"Serbs are awakening, not because they want to occupy, but to preserve what is theirs. Serbia sits on its own chair, and for how long it will be able to do that, no one can guarantee. When Serbia can no longer do it, some other people will be in the government and in the office of the president," Vucic said.

The US diplomat arrived here last Monday and took part in an economic forum, before meeting with the Serbian president and other officials the next day.

During the forum, Yee "expressed concern over the perception that Serbia was on the road to the EU with one foot, and on the road toward an alliance with Russia with the other."

"Countries that want to enter the EU have to show this decision clearly. You cannot sit on two chairs, especially if they are so far apart," said he.

This immediately prompted Serbia's Defense Minister Aleksandar Vulin to accuse the US of exerting the greatest pressure on Serbia to date, while Foreign Minister Ivica Dacic later in the week dismissed Yee's comments as "nonsense."