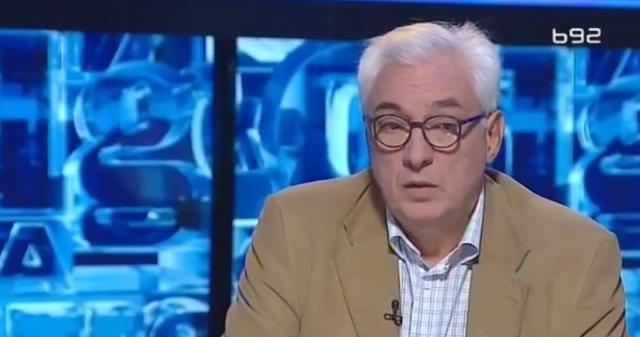 The Serbian government on Wednesday sent its draft changes to this law to the National Assembly, that - if adopted - would give the director of the Security-Information Agency (BIA) the right to independently, without job announcements, make decisions on new hires, and pay grades within the institution.

"Now everything looks far worse than it did in 2000," Prelevic said. "BIA Director Bratislav Gasic obviously wants absolute power with no control. After these changes (have been adopted), the possibilities of abuse would be infinite - but one should bear in mind that those have not been trivial in the past."

"Gasic did not come to the helm of the BIA based on his knowledge and skills - but exclusively as the (ruling SNS) party personnel. These changes are a reason for all the warning lights to light up," Prelevic has told Beta.

Prelevic also said that he as early as a year ago "stressed that the situation in the military, the police, and the security services" would "get worse."

He recalled that NGO LEX as far back as in 2002 proposed a better model of a law on the BIA - that was dismissed - while the new proposed changes create the possibility of setting up "a partisan intelligence service."

According to Prelevic - the ruling coalition, in its desire to increase its grip on power - "lacks only the introduction of a Goli Otok - after forwarding the changes and amendments to the Law on the BIA."

The reference to "Goli Otok" concerns the regime led by post-WW2 Yugoslav communist dictator Josip Broz "Tito" - who punished the political opponents of his decision to break off with the Soviet-led Comintern (Serbian: Informbiro) by sending them to a labor camp on this barren island off Croatia's Adriatic coast.

In Serbian vernacular, the term has since come to represent "political persecution."