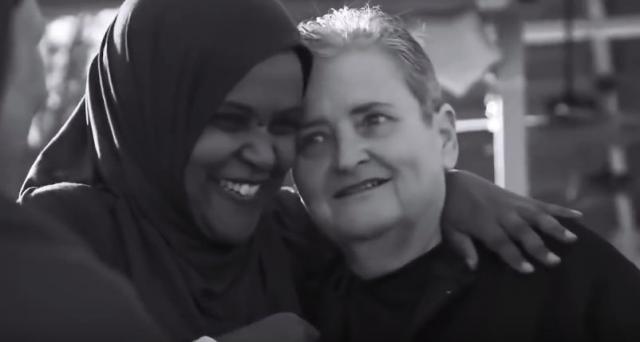 The “One Book for Peace” project was created in cooperation with the agencies New Moment and Y&R Dubai, and was designed for the Inter-religious Council of Bosnia and Herzegovina, aimed at breaking down religious prejudices and raising awareness about the importance of mutual understanding and interreligious dialogue.

The “One Book for Peace” brings together the teachings of the holy books of the Bible and the Qur’an, showing side by side how similar the religious teachings of these books actually are. By showing the similarities that exist between the two religions, the book aims to revive dialogue between religions, encourage dialogue between ordinary people and contribute to the establishment of peace and harmony in the world.

“This is a historical moment for our profession. This award shows that everything is possible, and that even from our region, ideas and creativity can bring success on the global stage. The most important are the emotions, the energy and the people who are the drivers of everything. This was made possible by collaboration of the entire New Moment regional company, that has a Balkans spirit and a Balkans heart. The support of our partners from Y&R Dubai was very important for this success. I was very proud of the honest applause we received when we went out to the stage of the Grand Palais in Cannes tonight. Colleagues from around the world are delighted with the project, which is local but resonates with the whole world today,” said Zarko Sakan, director of the New Moment New Ideas Company.

“When we won the Titanium Lion in 2013, when we climbed onto the stage and achieved a dream that we dreamed for 30 years, it was hard to imagine that such success would be repeated. But we believed! We knew it was not just luck. And now, four years later, we are climbing the stage again for the Golden Lion, and this is proof that we work hard and that we do our job from the heart.

“The dream continues. The beauty of this project is that it has united people from all over the New Moment region, and the strength of the project is that it can unite the whole world. This is really a campaign that changes the world, and work on it does not end tonight. On the contrary, work on it is yet to come,” said Lazar Sakan.

“Thank you from the heart to everyone who contributed and helped the idea of ​​The One to be successfully implemented – from the great teams in Bosnia and Herzegovina and Serbia, the fantastic associate Mirnes Kovac, through colleagues at Y&R Dubai, to an exceptional client and media that provided unreserved support,” said Jasmina Nikolic, Client Service Director and leader of the project.

The book was presented at the Universal Peace Federation panel in Vienna thanks to Mirnes Kovac, a journalist and comparative theologian who worked on the project with the New Moment team.